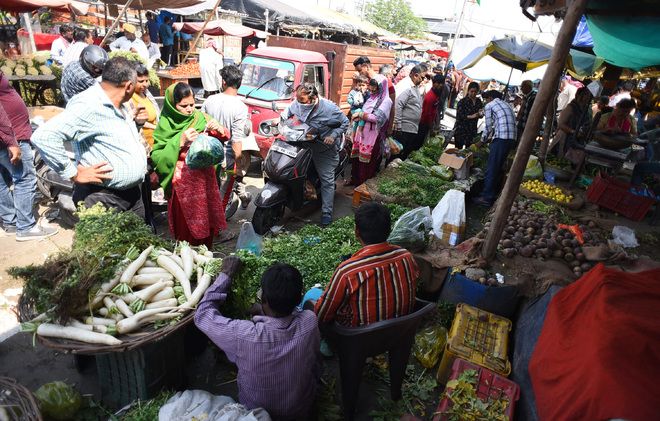 Retailers and vegetable vendors had to face difficult times in the wee hours today as the New Sabzi Mandi Arhti Association had locked the gates of the entry points in the Sabzi Mandi, Tajpur Road. The arhtiyas went on strike for about eight hours against the alleged monopolistic attitude of the parking contractor of the mandi.

Talking to The Tribune, chairman Raju Malik and president Gurkamal Singh of the association said the mandi comes under the Mandi Board but the contractor had started extracting huge money from retailers, van drivers, vegetable vendors, rehri workers, etc.

“We had brought it to the notice of Mandi Board officials several times but nothing was done. We had complained in writing too. Today we decided to lock the gates to wake up the mandi board officials from deep slumber so that they take action against the erring contractor. It was only after an assurance by the secretary here that we allowed to open the gates. But by noon, no business could take place and work suffered,” they said. —