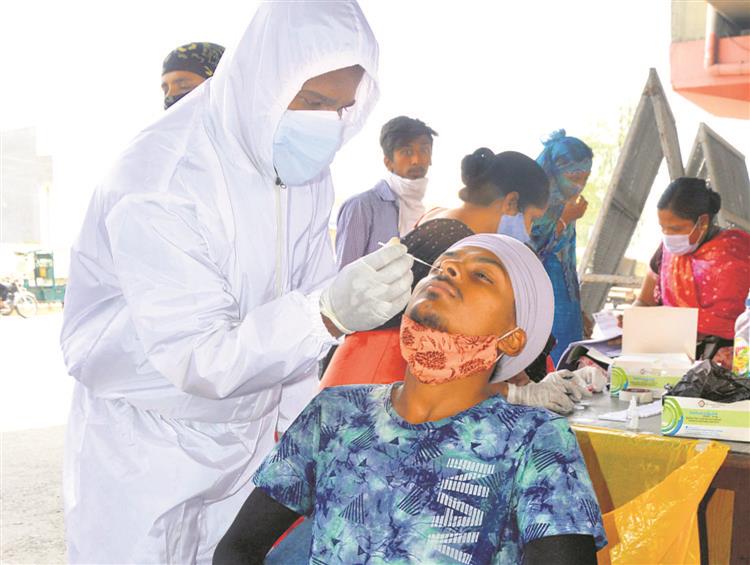 The government has identified 17 institutes, both government and private, for reporting MIS-C cases in the state.

Even as the devastating second Covid wave has started showing the signs of gradual retreat with its impact plateauing, the incidence of deadly virus infection among the children below the age of 15 shot up over 10 times in the state last month.

The week-wise trend of Covid cases in the under-15 category, compiled by the Health and Family Welfare Department, a copy of which is with The Tribune, revealed that the rate has risen from 0.5 per cent between April 12 and 18 to 5.2 per cent between May 24 and 30. However, this over 10 times increase was less than half than the highest-ever ratio of 11.9 per cent recorded in the state between March 1 and 7.

Also, 14 cases of multi-system inflammatory syndrome (MIS-C) among Covid positive children have been identified, of which one child has died, in the state so far.

The government has identified 17 institutes, both government and private, for reporting MIS-C cases in the state.

We have been making adequate arrangements with capacity building and upgrade of treatment facilities for the children to tackle the increased caseload, if any, in future. — Hussan Lal, Principal Health Secretary