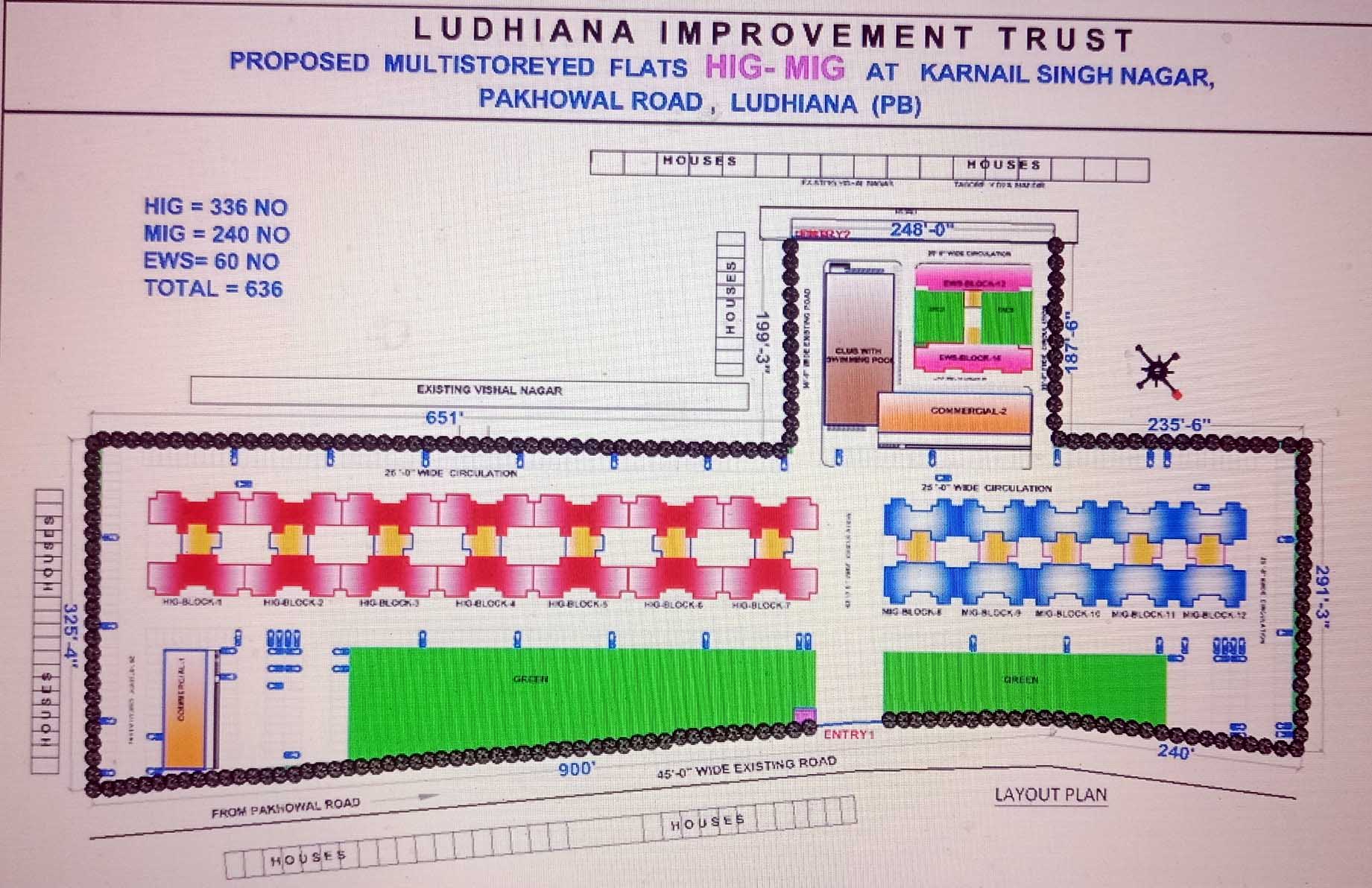 After many hitches and glitches, now the first high-rise housing complex of the Ludhiana Improvement Trust (LIT) is all set to become a reality and draw of lots for the allotment of high-income group (HIG) and middle-income group (MIG) residential flats in the 8.8 acre complex in Shaheed Karnail Singh Nagar on Pakhowal Road here would be taken out on June 16, 2022.

The much-touted housing scheme, initially launched way back in 2016 during the SAD-BJP regime, has passed through several stages and in the meantime, the scheme was completely scrapped, then revived and thereafter some crucial changes were made in carpet area and design of the flats in the proposed 12-storeyed building.

According to LIT officials, the project was being executed by the LIT under 100 per cent self-financing scheme and it would have 336 HIG and 240 MIG flats. “Our main objective is to provide affordable housing to city residents and now that all hurdles in the way of the project have been cleared, date for the draw has been finalised,” the officials added.

Giving details of the scheme, the officials said these flats would have earthquake-resistant structure, separate green parks for HIG and MIG flats, a club house, an indoor swimming pool, a multipurpose hall, a gymnasium, table tennis rooms, a separate dedicated tower parking, video door phones in each flat and CCTV cameras at the main entrance of the site for 24-hour security.

In addition, each tower in the complex would have two lifts each with 13-person capacity, stretcher lift in each block with 24-hour backup, washed grit finish with combination of red tiles on outer elevations, big balconies in all rooms, drawing room and kitchen, rainwater harvesting systems with latest techniques, centralised fire hydrant system with yard hydrant and wet riser, provision for 24-hour power backup for lifts, besides several other facilities.

LIT Executive Officer Kuljit Kaur said list of applicants, both for HIG and MIG flats, have been displayed at the LIT office and eligible applicants could check these lists for accuracy. “Applicants who wish to change the category of house (MIG to HIG or vice versa) could submit their request at the LIT office till 3pm on May 30. Those who wish to take refund of their earnest money as per terms and conditions of the scheme could also apply till that time,” she added.

The much-touted Atal Apartments housing scheme, initially launched way back in 2016 during the SAD-BJP regime, has passed through several stages and in the meantime, the scheme was completely scrapped, then revived and thereafter some crucial changes were made in carpet area and design of the flats in the proposed 12-storeyed building.