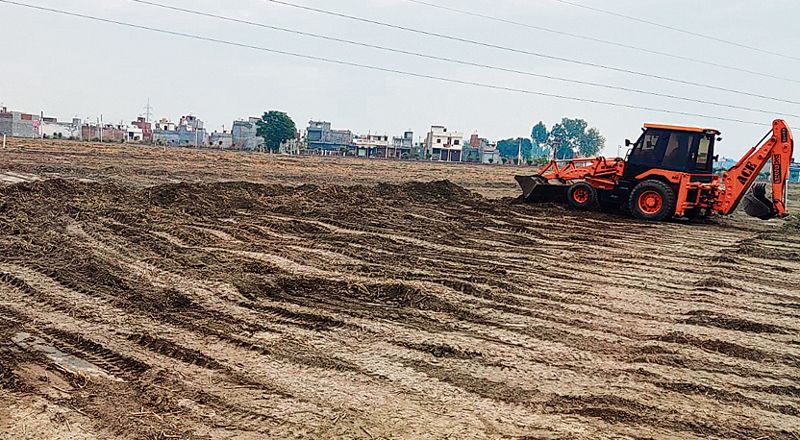 A demolition drive in progress in an illegal colony at Ladian Kalan in Ludhiana on Thursday. Tribune photo

Additional Deputy Commissioner (Urban Development) Sandeep Kumar today warned of strict action against any person indulging in developing of any illegal residential or commercial colony in the district.

He also called upon developers to adopt a legal way and get licences from the Greater Ludhiana Area Development Authority (GLADA) to carry out their businesses of property development in a hassle-free manner.

The ADC (UD) said on his directions, an under-construction residential colony, Shiv Shakti Enclave, in Ladian Kalan was demolished today. Works of roads, streets and other works were going on and the developer was issued a warning not to continue any further work in the colony without getting permission from the competent authority and a licence as prescribed under the prevailing law.

He said those intending to carve out colonies could submit their applications for obtaining licence with GLADA and assured that their cases would be processed expeditiously and without any hassles.

“No development in the form of colonies would be permitted without valid licences and non-compliance would be sternly dealt with,” he said. — OC