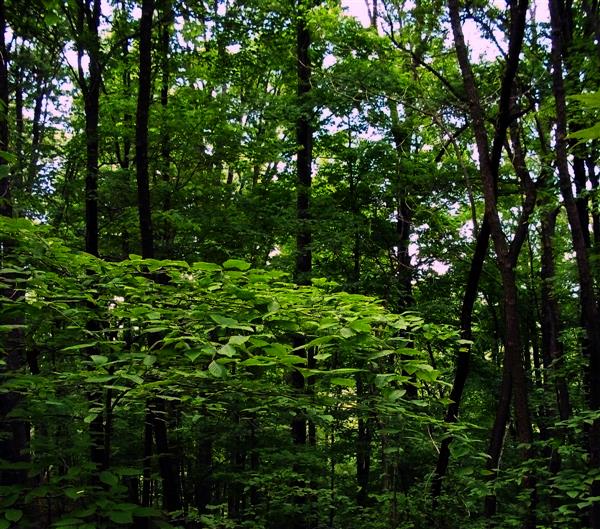 Damage to biodiversity and climate change are also closely linked. The disappearance of species and habitats ‘contributes’ to changes in climate that further accelerates biodiversity loss. According to experts, all these factors play a role in the rise of pandemics. Punjab Agricultural University (PAU) at Ludhiana is acutely aware of the issue. With an eye on improving the biodiversity, the PAU has adopted the Miyawaki method of tree plantation in Ludhiana. Deriving its name from a Japanese botanist, Dr Akira Miyawaki, the Miyawaki method focuses on the potential natural vegetation of the area and helps to create a dense forest.

In the Miyawaki method, several plants of the native species are planted at one place. These are 30 times denser and have 10 times faster growth. They have more than 95% survival rate. These are 100 times more bio-diverse and maintenance-free in three years.

In the Miyawaki method, several plants of the native species are planted at one place. These are 30 times denser and have 10 times faster growth. They have more than 95% survival rate. These are 100 times more bio-diverse and maintenance-free in three years.

“The idea is to serve the purpose of environmental amelioration and natural resource conservation,” said Dr Sanjeev Chauhan, Head, Department of Forestry and Natural Resources, PAU.

“As many as 247 plants were raised at each of the three sites at high density. These include about 70 species of forest trees, medicinal plants, fruit trees and shrubs,” he said. The list is quite impressive – shisham, kikar, dek, khair, neem, kachnar, rajain, mahua, silver oak, amaltash, siris, willow, ghamari, sagwan, retha, rohida. It also includes medicinal plants like arjun, bhera, harar, amla, basunti, nirgundi and fruit trees such as khajur, lasura, imli, anjir, phalsa, bael, jamun. Even humble shrubs like karonda, kari patta that are native are grown.

According to experts, the Miyawaki method is one of the very effective methods to preserve endangered species of flora. “Forests that are dying can be revived,” said Ravneet Singh, senior project manager of an NGO EcoSikh. This NGO has been using the Miyawaki method for its afforestation drives in Punjab and other states. In Punjab, more than 90 such forest spots have been developed through the Miyawaki method. Ludhiana district has at least 17 such green spots.

Emphasising the close connection between the loss of biodiversity and the rise of pandemics, Singh said nature conservation would remain the principal way to save the world from future pandemics.

Dr Miyawaki himself planted around 50 million trees all over the world, and in 2006 he won Blue Planet Prize which is equivalent to the Nobel Prize in the field of environment.