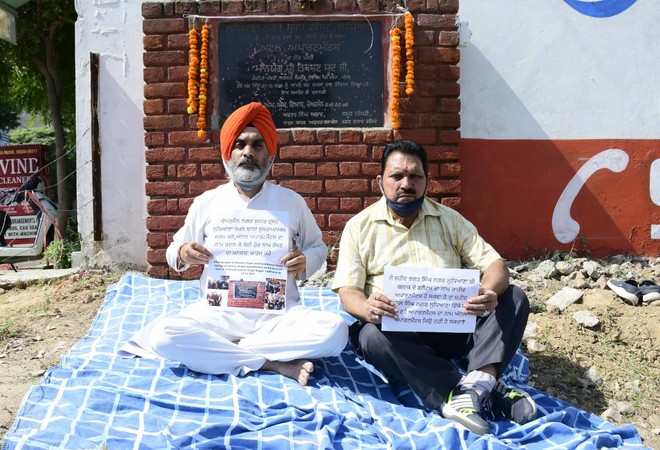 A three-member delegation of BJP activists, led by Vineet

The protesters were carrying placards expressing their opposition to the move to change the name of the housing scheme by the LIT which was named after Bharat Ratna former Prime Minister Atal Bihari Vajpayee by the then SAD-BJP government.

In a memorandum given to the LIT authorities and the state government, Monga alleged that LIT Chairman Raman Balasubramanyam had been making false and politically motivated claim that the city had failed to pay tributes to the great poet Sahir as nothing had been named in his memory in the city.

He said though an auditorium at the SCD Government College here, where the poet had studied, was named after Sahir Ludhianvi but even then if the LIT wanted to pay tributes to him, it could name any other existing or future scheme after him.

“Our party will whole-heartedly welcome if the LIT takes an initiative to rename the commercial complex on Maharani Jhansi Road or any other project after the name of the legendary poet. But under no circumstances the name of the existing scheme of Atal Apartments (which was earlier scrapped and is being revived) should be changed as it will undermine the value and position of a former Prime Minister,” he added.