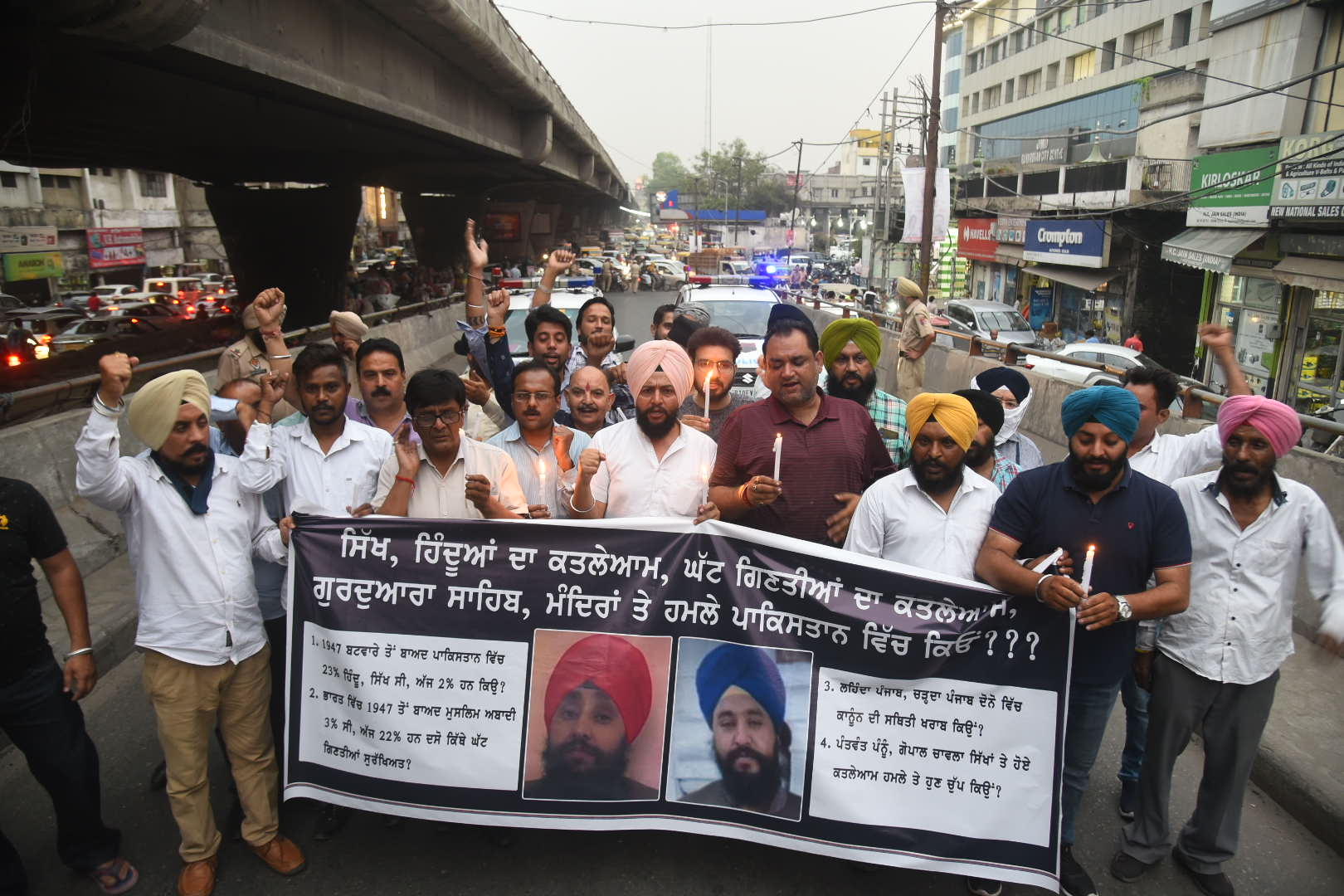 Activists of the BJP, under the leadership of party district president Pushpendra Singhal, held a candlelight march on the killings of Sikhs in Pakistan.

Singhal and Gurdip Singh Gosha, Punjab BJP spokesperson, said minorities in Pakistan are not safe at all. After India’s Independence, Sikh and Hindu minorities were 23 per cent in Pakistan but today it is only 2 per cent. Whereas in India, the Muslim population was 3 per cent, which today is about 22 per cent. Intellectuals should now tell where minorities are safe — India or Pakistan?

In Pakistan, reports are there on killings of Hindus and Sikhs, sometimes there are attacks on temples and gurdwaras. “Why are Gurpatwant Pannu and Gopal Chawla silent on the incident? It seems they are aided by Pakistan,” said Gosha and Singhal.

BJP workers exhorted Pakistan to stop the killings of innocent minorities, find Sikh killers soon and ensure the safety of places of worship and minorities.

They paid tributes to the deceased Sikhs by lighting candles. The march was held from GMD Mall to Jagraon Bridge.