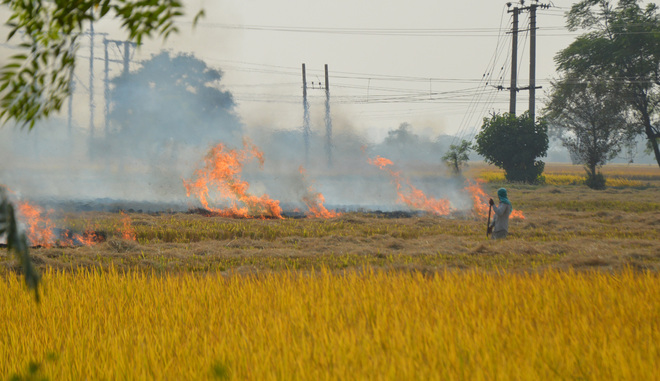 In a move to ensure seamless access to agro machinery for in situ management of the paddy stubble, farmers can now check the availability and book the machinery through the ‘i-Khet’ app by sitting at their homes, said Deputy Commissioner Varinder Kumar Sharma.

Giving further details, he said the ‘i-Khet’ mobile app would be available in Google Play Store within a few days.

He said the app would facilitate the farmers to have an easy access to agro machinery/equipment for in situ crop residue management.

He said the farmers could locate equipment they need on the app and this would fetch information about nearest farmers’ groups, individuals, cooperative societies or panchayats owing the same equipment along with their contact numbers within a few seconds. He said by contacting the owners, the machinery could be booked on the app also.

The DC said this year, a total of 489 stubble management equipment were issued in Ludhiana through the portal, consisting 19 individual farmers, 30 panchayats, 105 cooperative societies and 335 farmers’ groups.

Exhorting the farmers to adopt in situ crop residue management wholeheartedly to manage the stubble, Sharma said burning of paddy stubble is hazardous for the farmers and land, which is considered mother by our agriculturalists. He said the burning of paddy stubble ruins the health of the soil, besides casting a castigating effect on the environment.