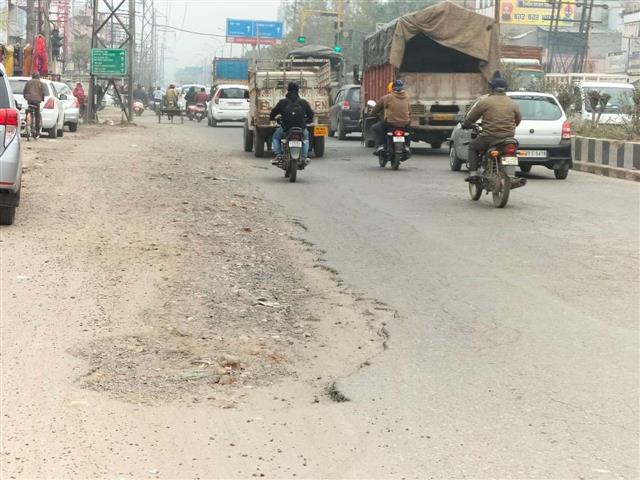 Commuters are a harried lot as Gill Road, one of the busiest roads in the city, is in a dilapidated condition. Residents have been complaining about the poor condition of the road for the past several months but to no avail.

The potholes were not repaired in right manner before the arrival of winter, leaving the commuters to face a lot of inconvenience.

SP Singh Kalsi of the Society for Public Welfare and Awareness (an NGO) said the storm water drainage work is underway on the sides of the road at some locations but the repair of potholes was not even ensured at other locations. “Thousands of commuters are forced to suffer due to extremely bad condition of Gill Road. The authorities concerned must take steps to provide relief to the commuters,” he said.

A senior citizen, Sher Singh, who is president of The Environmental and Welfare Association of New Janta Nagar and Shimla Puri, said, “The safety of commuters is being ignored as the broken stretch pose threat of the lives of commuters. It is the responsibility of the civic body to ensure timely repair of the road. Moreover, it is the major road of the city that was not timely recarpeted before winter.”

Sher Singh has also demanded from the authorities to ensure good quality roads and fixing the responsibility of the officials in this regard.

The MC’s B&R branch official Rakesh Singla said the storm water drainage work is underway on the stretch at present. Once the project work is completed, the road recarpeting/reconstruction work will be initiated, he said.