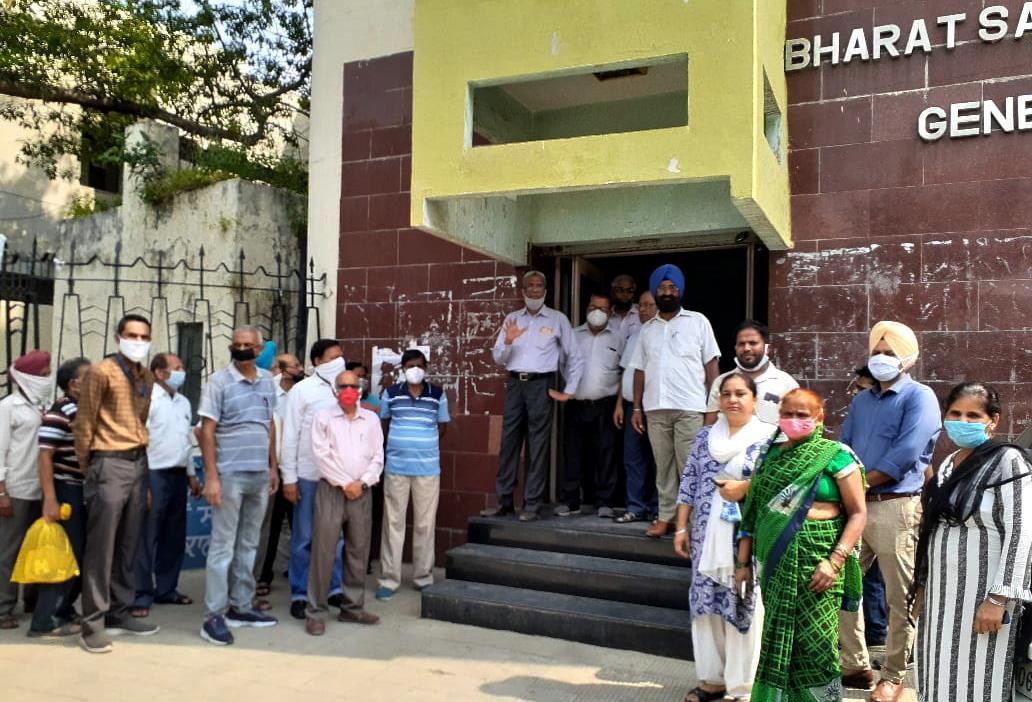 Members of the BSNL trade unions during a protest outside the office at Bharat Nagar in Ludhiana. Photo: Inderjeet Verma

Several BSNL central trade unions observed ‘All India Protest Day’ today to oppose the alleged “attacks” being launched by the Central Government on every public sector, including banking and insurance.

The protesters alleged the Union Government had initiated the process of privatisation of national assets such as telecom, railways and defence, which was a threat to the national security.

Workers’ are deprived of their rights and their living conditions had turned pathetic during the pandemic. They alleged labourers working in the BSNL, Ludhiana, were not paid their wages for the past 11 months. Anyone who criticises policies of the government was called anti-national.

The All India Centre of BSNLEU has called upon to organise lunch-hour demonstrations today, which was successfully organised, taking all Covid-19 precautions.