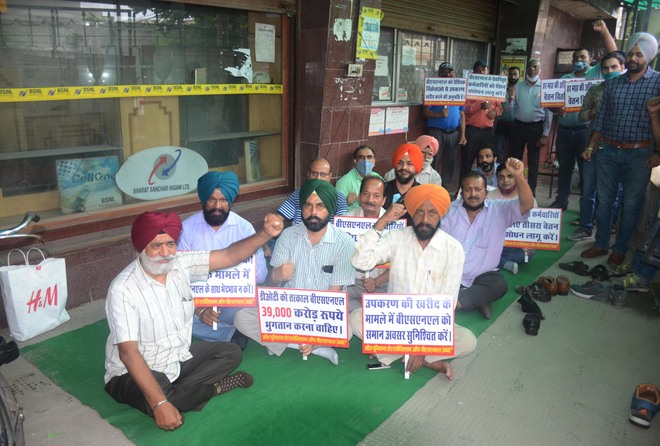 BSNL unions today held a massive hunger strike in front of the BSNL office at the Bharat Nagar chowk in favour of their long-pending demands.

He said the government should allot the 4G service to the BSNL and it should pay the dues of Rs 39,000 crore to the company.

They also alleged that employees were not being paid salaries on time. The unions would intensify their protest in the future to get their demands fulfilled. — TNS