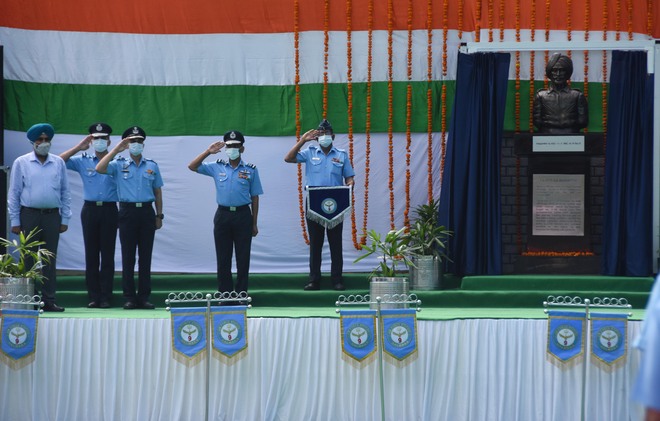 Flying Officer Nirmal Jit Singh Sekhon was awarded the Param Vir Chakra posthumously for showing exemplary courage and determination in defeating the enemy during the 1971 Indo-Pak war. He is the only Indian Air Force officer to be awarded the country’s highest gallantry award.

The Air Officer Commanding-in-Chief interacted with 1971 war veterans and with family members of late Flying Officer Nirmal Jeet Singh Sekhon. The students of the Government Higher Secondary School also participated in the event.

The event culminated with an aerial display by the Surya Kiran Aerobatic Team, followed by presentation of mementos to veterans. Also, in attendance was the Indian Air Force Band, which enthralled the attendees with soulful tunes throughout the event.