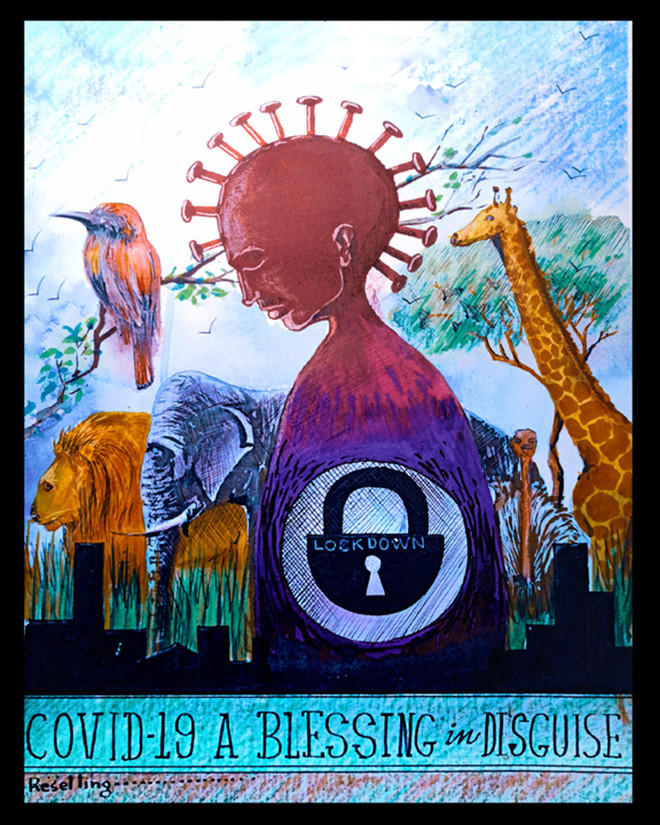 The poster made by a student of College of Fisheries, GADVASU, during a national e-poster competition held to mark World Environment Day.

With 10 new cases reported today, the district has reached the 800 mark of Covid-positive persons. Of these, half the cases belong to Ludhiana West while 265 are from Ludhiana East, 43 from Jagraon, 37 from Khanna, 24 from Samrala, 18 from Payal and 13 from Raikot.

A total of 18 cases were reported today, of which eight belong to Sangrur, Barnala, Moga, Amritsar, Jalandhar, Malerkotla and Jammu.

A woman doctor of the DMCH and resident of Tagore Nagar tested positive after which many staff members were quarantined. Two employees of SPS Hospital and a staff nurse were found infected. One of the two employees is a resident of Omaxe complex. Three members of his family are already Covid patients.

The number of active Covid cases is now 207. As many as 13,607 persons have been home-quarantined in the district to date. The active home-quarantine cases at present are 3,017.