Respond to around 150 distress calls received on daily basis 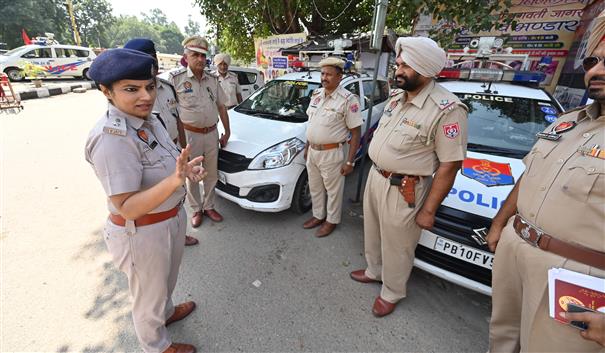 “Sir, we are not getting any transport to reach home at this time (midnight). Can you please help us?”

“I am a nonagenarian woman living alone in my house and some suspected elements are roaming around. Please help.”

We reward the best performers and keep imparting training to the entire workforce on different innovations and technology updates from time to time. This helps in ensuring a robust response system and putting in place an effective action plan. — Saumya Mishra, joint commissioner of police

“We are teenage siblings alone at home with our parents out of town for some family function and some unknown persons have entered our house. Kindly come soon.”

“Our three-year-old son has gone missing while playing in the street. We are so worried about his whereabouts. Please trace him.”

“Our neighbours are playing music too loudly and we are not able to study for our exam tomorrow. Please help us.”

These and many more types of distress calls are received at the police control room (PCR) of the Ludhiana Commissionerate Police on a daily basis, officials have said.

The hi-tech PCR at Police Lines receive all such calls and immediately respond to help the callers by rushing the nearest PCR team to the doorsteps of the person in need, they revealed.

The Joint Commissioner of Police (JCP), Saumya Mishra, who heads the PCR wing of the Commissionerate Police as well, told The Tribune, here on Tuesday that on an average, around 150 distress calls were received at the PCR on a daily basis, for which 363 police personnel were kept on duty to respond and act swiftly.

She said the PCR staffers were lending helping hand, catching criminals, and reuniting the families while ensuring safety and security of the residents in the Commissionerate limits.

“The PCR teams were strategically stationed and put on patrol duty in such a manner to ensure minimum response time to the distress calls from any part of the Commissionerate, which is divided into four zones,” the JCP said.

Saumya shared that the PCR staffers rise to the occasion and even go beyond their call of duty to help the needy 24x7. “Sometimes, we come across such calls which don’t require our intervention but still on humanitarian grounds, we respond in an affirmative manner to help the needy in the best possible manner,” she revealed, while informing that providing pick and drop to the stranded commuters, especially the womenfolk during the dead of night, reaching the doorsteps of the aged and children in time of need, catching the criminals on the spot, and reuniting the families by finding their missing members were a routine affair for the PCR staffers.

The intensity of such callers could be gauged from the number of calls received at the PCR phone number 112.