CCTVs, alarms must for financial institutions in Ludhiana

Spas, massage parlours too made accountable 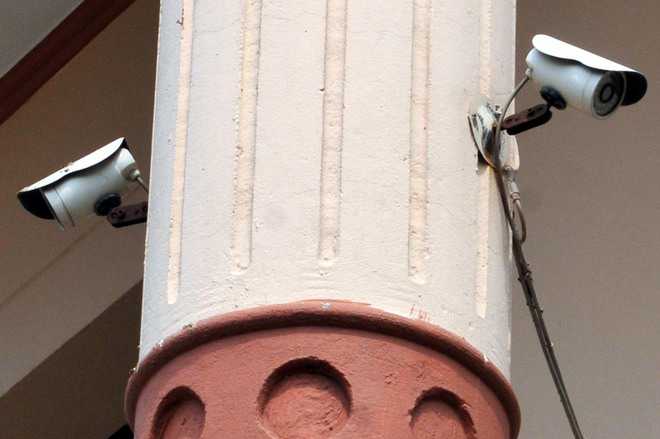 Commissioner of Police (CP) Rakesh Agrawal has made installation of CCTV cameras and alarms mandatory for gold loan companies and financial institutions in Ludhiana. Photo for representation purpose only

Commissioner of Police (CP) Rakesh Agrawal has made installation of CCTV cameras and alarms mandatory for gold loan companies and financial institutions in Ludhiana.

Besides, spa and massage parlours have also been made accountable with certain directions issued to them for regulating their operations.

He also asked them to instal burglary alarms in branches linked to head offices where in-call message can be immediately dispatched to the Ludhiana Police Commissionerate control room (78370-18500, 0161-2414932, 0161-2414933) and text messages can be automatically sent to the SHO, ACP, ADCP, JCP and CP concerned in case of any emergency for immediate necessary counteraction.

The alarm must be connected to a BSNL landline phone with an auto-dialler in the branch, he directed, while stating that as soon as the alarm goes off, a teleprompter should automatically inform the police control room regarding the suspicious activity in the branch in a pre-recorded message.

It was further instructed that the system must be able to give out loud sound alarms/ hooter, which should be audible to neighbouring areas up to 100 meters and operate automatically in case of forceful opening or any damage to vault/ strongroom/ currency chest.

He said the security staff must be deployed through police verification and they must not be utilised for any other duty. Besides, the management must ensure that the main entrance was provided with shutter gates/ collapsible gate/ steel barricades with chain and locking arrangements.

It was further directed that important phone numbers of the police control room, 112, local SHO, ACP, and ADCP must be displayed prominently in the branches.

Meanwhile, taking note of some spa centres and massage parlours indulging in anti-social activities in contravention with the law, the CP observed that they were entertaining people without proper identification and providing them illegal services which fall under various offences of the IPC and other local and special Acts.

To check such illegal activities, the CP directed all spas and massage parlours to instal good quality day and night CCTV cameras to cover all entry and exit points and also cover clients at reception desk, with a DVR storage of up to 30 days with UPS backup.

Owners will be responsible to maintain the record of every customer visiting the centre in a register/ computer and a copy of the identity proof will be kept along with the working mobile number of the customer.

The owners will also ensure police verification of all employees working at the centre, including foreign workers, if any, along with copies of necessary documents such as Aadhaar card and passport.

The owners were also directed to ensure that foreign workers working in spas and massage centres were on proper visa, which enables them to work in the city. There should be no secret entry or exit gates or secret cabins at the centres.

The owners were further instructed to ensure that no violation punishable under Immoral Trafficking Act (Prevention Act, 1956), Punjab Prevention of Human Smuggling Act, 2012, Protection of Children from Sexual Offences, 2012, Narcotic Drugs and Psychotropic Substances Act, 1985, and Indian Penal Code (IPC), was carried out on their premises.

The owners shall also ensure that no alcoholic beverages were served and no abuse of intoxicating substances or drugs masqueraded as hookah bars were allowed at these centres.

The owners were asked to provide the list of all employees with their mobile numbers to the police stations concerned. The orders had come into operation with immediate effect and would remain in force for two months, the CP added.