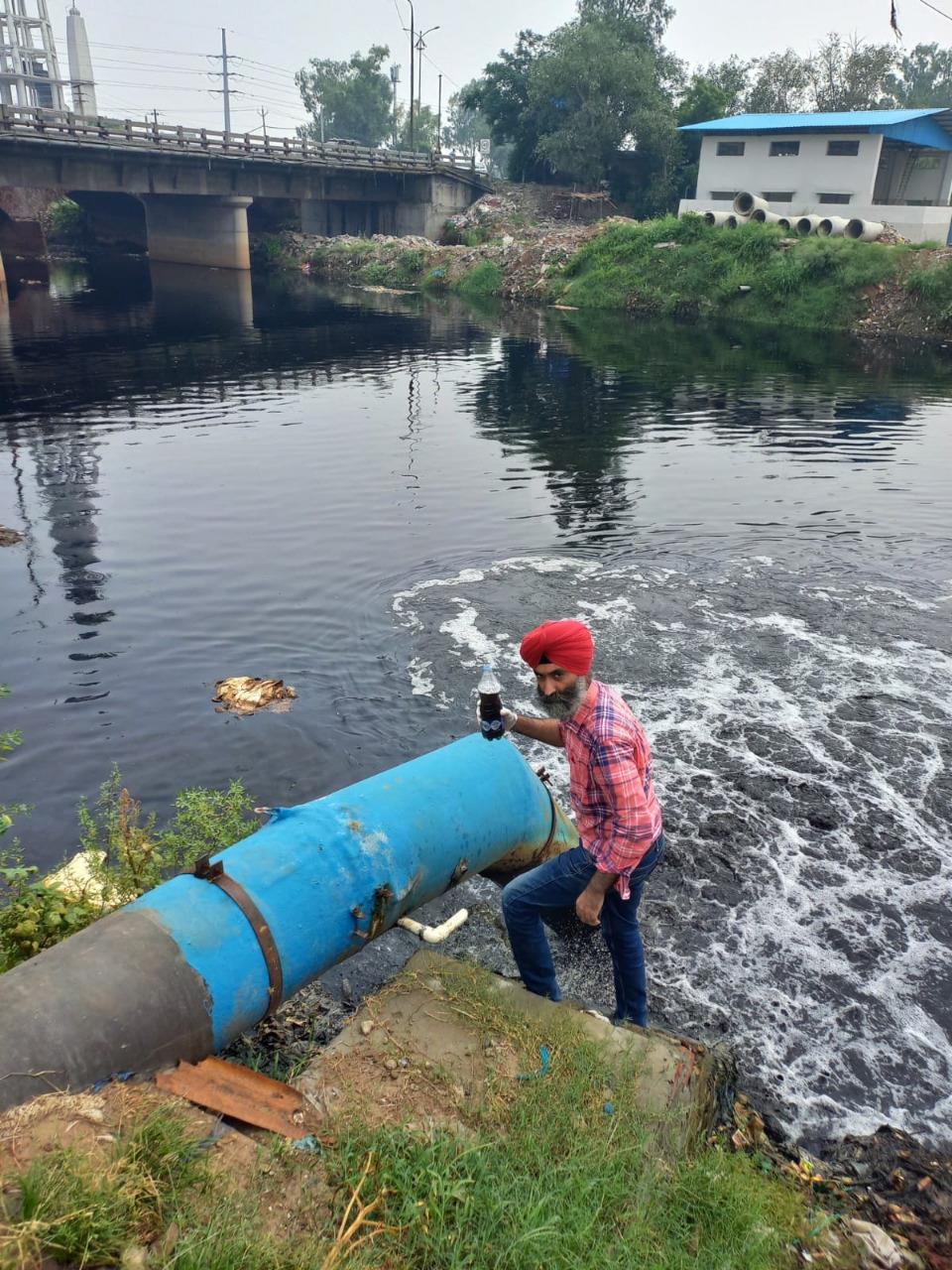 Sample of 'treated' water being collected from an outlet of a CETP in Ludhiana. Tribune Photo

Raising questions over the black water that is still being released into the Buddha Nullah through outlets of different common effluent treatment plants (CETPs), members of a public action committee (PAC), which is working for the environment, has demanded to check the functioning of CETPs.

A delegation of the PAC visited the Rejuvenation of Buddha Nullah project sites and outlets of the CETPs. The members said black water was being released from the outlets of the two CETPs into the nullah. If coloured or black water is still being released in the nullah, the purpose of the ongoing Rejuvenation of Buddha Nullah project would get defeated, the members said.

Jaskirat has demanded that the state government should order a probe into the matter. He said the PAC demands that it should appoint a team of experts to check the functioning of all three CETPs in the city.

Meanwhile, the PAC members met representatives of the firm handling the Rejuvenation of Buddha Nullah project and understood the ongoing project work. The PAC member said there is no way to detect how much industrial wastewater was coming into the sewerage treatment plants. “Industrial wastewater can corrode elements of the STP and hamper its function. Hence, it is important to ensure it is not present or is minimised”, they said.

They also demanded that the government must ensure the disposal of cow dung from dairy complexes and no such solid dairy waste should reach effluent treatment plants, which were to be constructed at the Haibowal and Tajpur Road dairy complexes. The Ludhiana PPCB Chief Engineer could not be contacted for comments.