Workers of factories on Dhandari Bridge to Station Road suffer 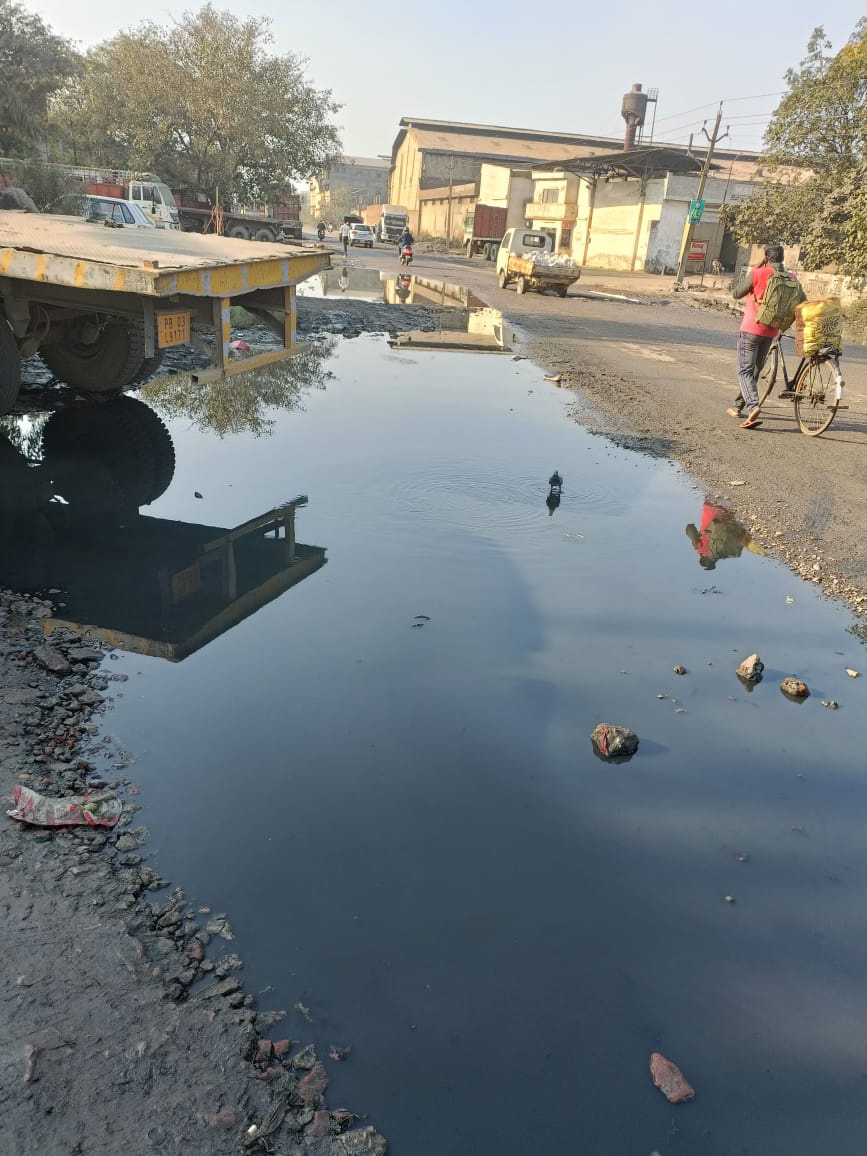 Sewage stagnates on a road in the Focal Point area in Ludhiana.

Hundreds of shopkeepers, residents, labourers and owners of industrial units located on the road from Dhandari Bridge to Station Road in the Focal Point area have been virtually living in hell-like conditions for the last more than one year due to choked sewer lines and overflowing sewage stagnating all across the road emitting stench and also exposing the people to serious health risks.

To make the matters worse, the road has been damaged due to stagnation of water for a long time giving rise to road accidents.

Factory owners, shopkeepers and industrial workers residing in the area say despite repeated complaints to the officials concerned of the Municipal Corporation, no action has been taken to address the issue and it seems that the suffering area residents have been left to fend for themselves.

The affected residents strongly feel that not only the Focal Point but also most of the industrial pockets in the city suffer due to poor urban infrastructure and lack of basic amenities.

“On the one side, Ludhiana is being touted as being developed as a ‘smart city’ but on the other the industrial belts (including Focal Point), which make a sizeable contribution to civic revenue by way of taxes and user charges, remain a neglected lot. Are we not a part of the city?” wonders Anil Kataria, running a welding material shop on the road.

Ram Singh, who owns two industrial sheds on the road, also resents step-motherly treatment being given by the MC authorities to the area. “It sounds unbelievable but sewer lines are choked and have been overflowing for the last more than one year. Due to permanent stagnant water, the road has eroded and developed deep cracks and become accident prone,” he said adding that MC officials have failed to respond to repeated pleas of the suffering residents, shopkeepers and owners of industrial units.

Another trader Akash Bali said at certain places in the area, sewerage discharge is getting mixed with drinking water which is another serious health hazard as industrial workers residing in labour quarters have often complained of dirty and foul-smelling water coming out of taps. “Even customers and other visitors to our shops mock us for living in such bad conditions but we are left with no other choice,” he said.

Superintending Engineer (O&M), MC, Rajinder Singh, however, said he has not received any complaint on the issue. “I shall seek a spot report from the field staff and remedial action for clearing/cleaning sewer lines would be taken up immediately,” he added.

I have not received any complaint on the issue. I shall seek a spot report from the field staff and remedial action for clearing/cleaning sewer lines will be taken up immediately. —Rajinder Singh, Superintending Engineer (O&M), MC