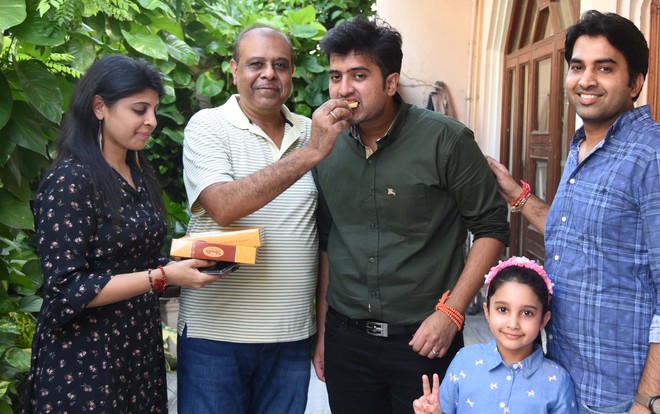 Aim: To bring about change in education (AIR 127)

"I started the preparation in 2016. I spent around six months in Delhi to gain basic knowledge of the exam. I came back to Ludhiana and started self-study. In 2017, I cleared the first level but could not clear the mains. I felt little demotivated when I failed in the prelims in 2018."—Raghav Jain

It was his third attempt. Now, Raghav is hopeful of joining the Indian Administrative Service (IAS). The Sri Aurobindo College of Commerce and Management alumnus aims to bring about a change in the education sector in the country and feels that it can be done with collective efforts and support of all.

Raghav’s father Pawan Kumar is a businessman and mother Renu Gupta is a homemaker. Raghav did schooling from Kundan Vidya Mandir School and did BCom from Sri Aurobindo College of Commerce and Management. He then pursued MBA from PCTE.

“In 2017, I cleared the first level but could not clear the mains examination. I felt little demotivated when I failed to clear the prelims in 2018”, he said.

Happiness was evident on the face of Renu Gupta, Raghav’s mother, when she said, “I don’t have words to express my happiness today. I am very thankful to the Almighty.”