Resident has alleged ‘misuse’ of policy for regularisation of illegal colonies 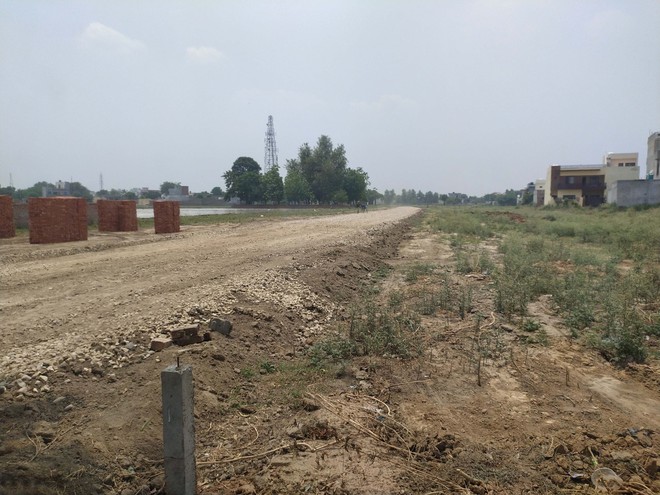 The site of an unauthorised colony in Ludhiana. File photo

Following a complaint to the Chief Secretary about the rampant ‘misuse’ of policy notified for regularisation of unauthorised colonies and submission of ‘fake’ stamp papers, the Municipal Town Planner of Ludhiana has given instructions to the assistant town planners of four zones of the MC to get all stamp papers, which were submitted for regularisation of various colonies by the developers, verified from the Treasury Branch of the Revenue Department.

Mayor Balkar Singh Sandhu has stated that if any stamp paper is found to be fake, then he will recommend an FIR against the developer concerned. All ATPs have been strictly instructed to ensure verification of all stamp papers, said SS Bindra, MTP.

The ATPs have also been instructed to file a field report about the colonies and ensure necessary action if violations are found. The developers who are establishing illegal colonies by misusing the regularisation policy will have to face action, he said.

A city resident, Kuldeep Singh Khaira, had earlier complained that the regularisation policy was being misused and numerous colonies were being established all over the state in violation of the Punjab Apartment and Property Regulation Act (PAPRA). In 2018, the Punjab Cabinet had okayed a policy for regularisation of unauthorised colonies developed before March 19, 2018.

“After getting information under the RTI Act, it has also come to light that most applicants had not enclosed the essential documents for regularisation of illegal colonies. Besides, many files regarding illegal colonies have been kept pending for a long time. These files were supposed to be disposed of within two months of submission but are kept pending for more than a year to give direct benefit to the developers.”

“The authorities concerned should conduct a special campaign to alert the people to avoid purchasing plots in the illegal colonies. Unfortunately, no action is being taken against a majority of developers who are still establishing illegal colonies without any fear of law within the jurisdiction of the MC, GLADA and other departments,” he said.