Civic body yet to open night shelters for homeless in Ludhiana 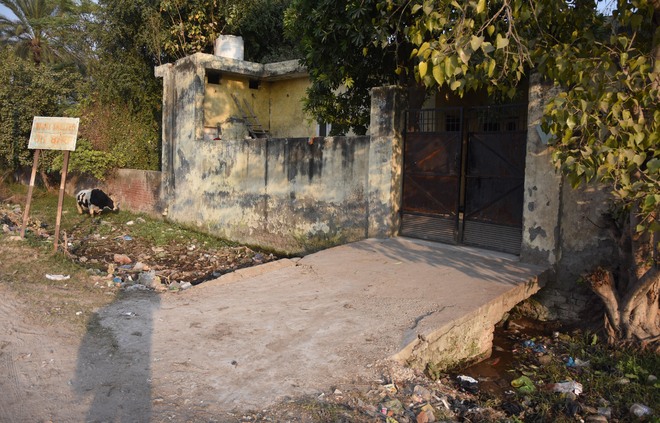 The night shelter at Haibowal is still shut. Himanshu Mahajan

Though winters have arrived, the Municipal Corporation (MC) is yet to make arrangements for destitute persons at night shelters (raen basera) in the city. Such people are commonly seen sleeping on roadsides, footpaths or under flyovers in the city at night.

There are four night shelters under the MC. These are located near Clock Tower in Zone A, Ghoda Colony in Zone B, Old Fire Brigade building near Vishwakarma Chowk in Zone C and in the Dairy Complex area of Haibowal in Zone D. Even this year, no dedicated night shelter has been set up for destitute women in the city.

Homeless people can be seen sleeping under the open sky near Jagraon Bridge, under Elevated Road near the railway station, Transport Nagar, bus stand and other parts of the city. Last year, the civic body had arranged city buses to drop the homeless persons at nearby night shelters. However, such service is yet to be started for the ongoing winter season.

There is a need to ensure cleanliness and other required arrangements for visitors at the night shelters.

A teacher Jagjeet Singh Mann said: “As the temperature has gone down, the civic body should make arrangements for homeless people at all the night shelters. Many such persons can be seen sleeping under the sky at night. The MC should ensure the arrangement of clean beddings, blankets, drinking water, hot water facility and other required facilities. There should be facility of adequate number of toilets. Hygienic conditions should also be ensured for prevention of diseases.”

Moreover, MC has not properly installed direction boards on ways leading to various night shelters from the main intersections of the city. A board installed outside a shelter in Haibowal has faded. It seems the drain outside the night shelter has not been cleaned for a long time.