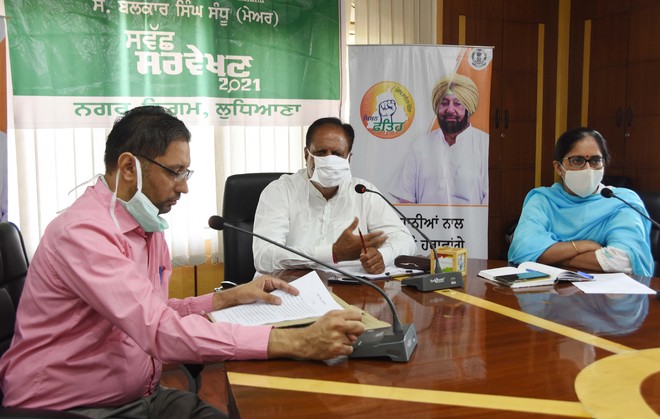 In a bid to improve ranking of the city in Swachh Survekshan 2021 and beautify it, the Municipal Corporation today kicked off a ‘Clean Ludhiana - Green Ludhiana’ campaign here today. The campaign was formally started from General Bus Stand by Mayor Balkar Singh Sandhu and MC Commissioner Pardeep Sabharwal.

Addressing a press conference, the Mayor said it was the duty of the MC to keep the city clean and add to its beauty but this task could not be completed without the cooperation of the public. “The entire MC team right from the Commissioner to every single employee has been making all efforts to beautify the city. I also solicit cooperation from city residents to participate in this campaign,” he said.

Sandhu said: “We shall send a team of councillors to Indore soon on a study tour and to identify the areas where we are lacking,” he said.

The MC Commissioner said the MC would also organise various competitions both for the councillors and the residents to motivate them to keep their surroundings clean. Each one of the city residents would have to lend a helping hand in making the drive a success and it would be with the cooperation of all that the city would become a better place to live in, Sabharwal added.

The Mayor and the Commissioner further said work for strengthening and widening Jagraon Bridge had been completed and it had been decided to throw open the bridge to public without any formal inauguration.

Joint Commissioner of the Municipal Corporation Kulpreet Singh was also present on the occasion.