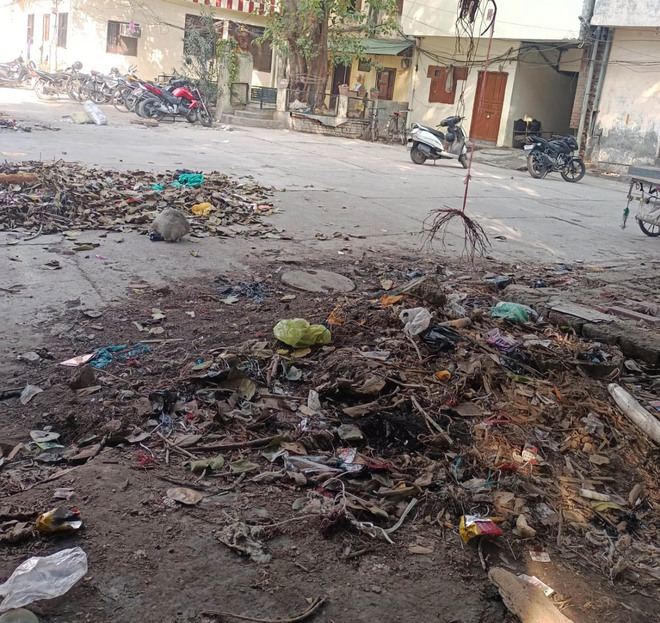 Though the claims are commonly being made by politicians to make Ludhiana a garbage-free city soon, the cleanliness is being ignored near the birth place of Shaheed Sukhdev Thapar at Mohalla Naughara in Ludhiana.

The waste is being thrown in open just near the martyr’s ancestral house but the authorities concerned are yet to do the needful. The MC has planned for the beautification of some other sites under the Smart City Mission, while the residents want that the birthplace area should be beautified too.

Members of the All India Shaheed Sukhdev Thapar Memorial Trust said the civic body and administration must take the required steps to ensure cleanliness there.

Tribhuvan Thappar, a member of the trust, said, “Some persons often dump waste near the martyr’s house in the area but the civic body pays no attention to ensure cleanliness at the place. We want the authorities to take immediate steps in this regard to maintain cleanliness in the area. The martyr’s birth place area must be beautified.”

He said: “A tree had fallen due to high-velocity winds a few months ago but parts of the tree were not even cleared. We also want that the sewers must be cleared because of the rainy season.”

Mayor Balkar Singh Sandhu could not be contacted for comments.

Surinder Dawar, MLA, said, “If there is any cleanliness issue, the trust members can bring it to my notice. I will take the necessary steps to get it resolved.”

The Punjab Government had earlier deployed an official to acquire land to make a direct way to the ancestral house of Shaheed Sukhdev Thapar at Mohalla Naughra from the Chaura Bazaar area. Around 40 sq yards area is to be acquired to make the direct way, as per the information.