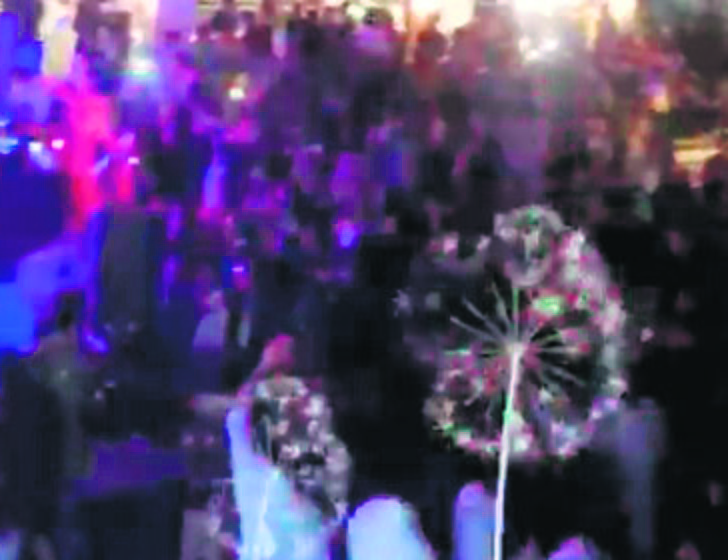 A huge gathering at Club69 in South City, Ludhiana.

Despite strict instructions of Police Commissioner Rakesh Agrawal that no clubs, restaurants or night bars can operate after 11.30 pm in the city, many entertainment places, located mostly in South City, are violating the instructions of the top cop.

Political and bureaucratic connections of the owners of such restaurants and clubs etc are said to be the reason that these pay least attention to the instructions of the police.

Due to no fixed rules or the lack of police checking, these restaurants allow entry to even minor boys and girls. Even youngsters consume liquor and smoke at these places.

Many private farmhouses exist in South City which can also be hired for late-night parties.

Last night at around 12.30 am, the Sarabha Nagar police conducted surprise checking at Club69 restaurant on Canal Road, New Asha Puri, South City, and found it open, with crowd dancing on the DJ’s beat.

Joint CP City Deepak Pareek said residents had also complained about this restaurant as it holds parties till late night and they faced a big nuisance from its DJ.

Accordingly, the police registered a case against the owner of the restaurant under Section 188 (disobedience to order duly promulgated by the public servant) of the IPC.

“We will not allow any such violation in future and all police stations have been told to conduct surprise checking and take immediate action as per the law against the owners of such restaurants,” added Pareek.

Residents said many restaurants in the city offer liquor and hookah to youngsters at exorbitant rates. Some also promise the visitors that the police would not conduct raid on their club. Parents need to keep a check on their wards who go to such clubs for late-night parties, said the residents.

A youngster, who was present at a party in South City, said even young boys and girls from various places had come to take part in the late-night party. Even after 11.30 pm, visitors were not told to leave the party. No one was wearing masks. Restaurant staff even reportedly assured protection from police action and even served liquor to all age groups.