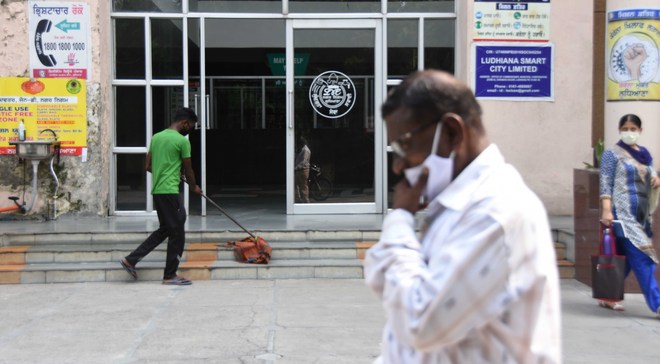 After infecting high-ranking officials of the police and the administration, Covid-19 has found its way into the Municipal Corporation with Commissioner of Zone-D Kulpreet Singh testing positive today. He is the fifth PCS officer in the district to test positive.

The Zonal Commissioner had given his sample at Civil Hospital after he had symptoms. Now, teams are tracing his contacts. 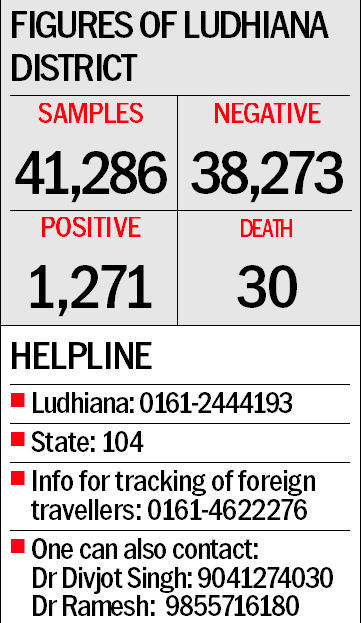 Meanwhile, Vijay Nagar was declared the fifth micro-containment zone today. Forty more positive cases reported in the city include a Sub-inspector posted at Moti Nagar, an ASI of Division Number 7 and a head constable posted with the ACP (Detective).

Two healthcare workers from Jagjeet Nagar and Anandpura, a staffer of a private hospital at Khud Mohalla also contracted virus.

Meanwhile, the case of a 17-year-old girl, who succumbed to Covid on June 26 at Civil Hospital here and her name was added to the Chandigarh list of fatalities, has been added to the Ludhiana list after verification. She had come here for the treatment of some disease but was found Covid positive later. With this case, the tally of Covid deaths in Ludhiana has gone to 30.

As many as 210 people were sent to home quarantine. There are 576 active cases in Ludhiana, of which 408 are in home isolation. A total of 121 patients have been admitted to the government facilities and 97 to private hospitals.