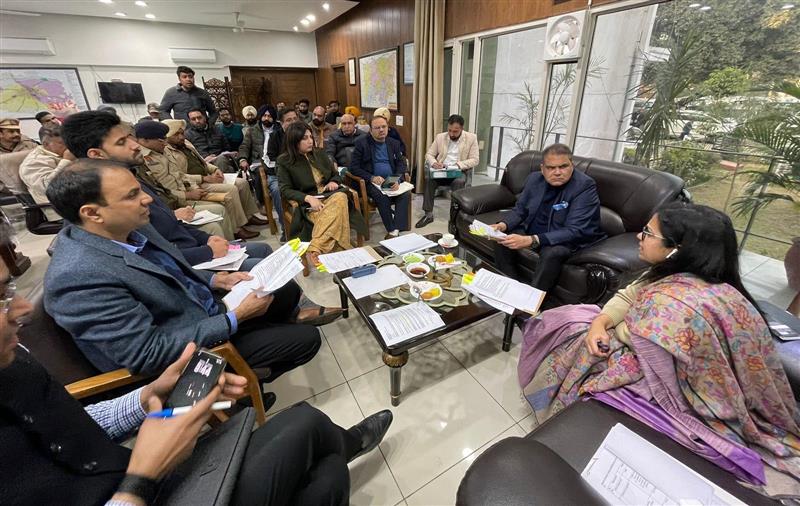 Rajya Sabha MP Sanjeev Arora on Monday directed the National Highways Authority of India (NHAI) officials working on the elevated road project on Ludhiana-Ferozepur highway to complete the assignment by June 30. He said senior NHAI officials in Delhi have personally assured him that the project would be completed by June 30.

Taking stock of the progress of various ongoing projects under NHAI in Ludhiana, Arora said under-construction elevated road project on Ludhiana-Ferozepur highway has become a serious cause of traffic snarls and NHAI need to give topmost priority to the complete the construction as soon as possible. He added that tenders of laying 66-kV underground cable near Aarti Chowk had already been floated and the work must be over well before expected time to facilitate the commuters on the lifeline of the city.

Meanwhile, Arora said 90-percent work of ROB near Sherpur Chowk had already been completed and Tajpur flyover will be thrown open to the public in the first week of February.

The MP also asserted that road safety must be accorded foremost priority and asked the officials to install proper traffic signage and remove all illegal cuts on the highways to save precious lives.

Further, MP also appealed the industrial houses to ensure their workers wear helmets and reflectors on their vehicles which will help to minimize road mishaps. He also asked the officials for speedy land acquisition in Delhi-Katra expressway and Ludhiana-Ropar four lane.

Deputy Commissioner Surabhi Malik said the administration was firmly committed to ensuring safety and security of people besides facilitating them for smooth commuting on the roads.