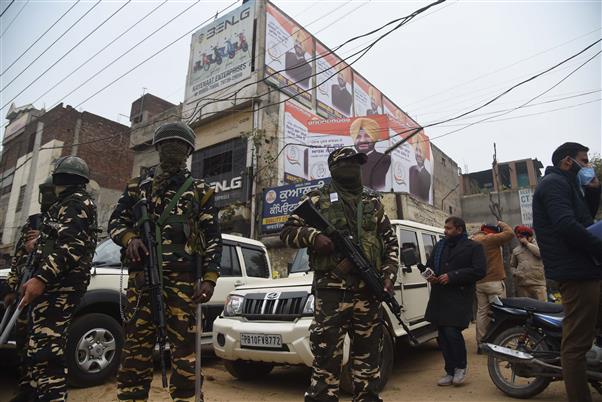 Paramilitary jawans were deployed after the clash on Gill road in Ludhiana on Wednesday. Ashwani Dhiman

Both leaders are contesting the Assembly elections from the Atam Nagar constituency.

Some of the workers from both parties had suffered minor injuries in the clash.

The incident occurred on Wednesday afternoon.

LIP leader Bains said: “Supporters of Karwal were removing my posters and when my supporters objected, the Congress workers attacked them. They wanted to paste their posters after removing the pasted ones. We have lodged a complaint and action should be taken against them.”

Congress candidate Karwal said: “Congress workers had not initiated the clash. The LIP workers first attacked our workers. One of the supporters of Bains had even pointed gun at the Congress workers.

JCP (Rural) Ravcharan Singh Brar, along with the police force, reached the spot and controlled the situation. He said statements of both leaders were being recorded and legal action would be taken on merits. —