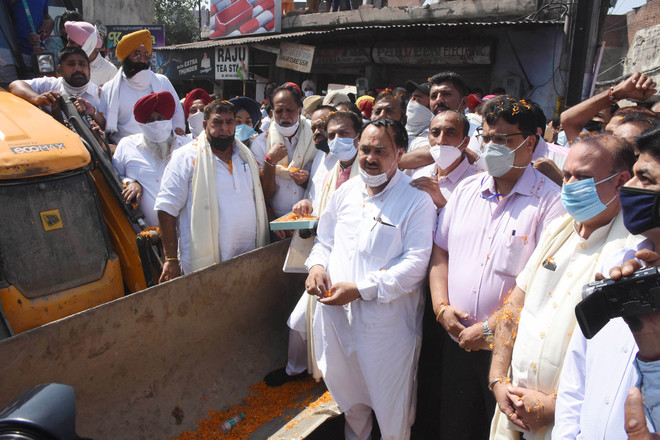 Meanwhile, the credit war is on between leaders of the Congress and the BJP over the project.

Dawar said he had promised before 2017 Assembly elections that nullah from Transport Nagar to Shingar Cinema Road would be covered when the Congress forms government in the state. “It was my dream project. I fulfilled my promise by starting the project to cover this nullah today. The estimated cost of the project is around Rs 17.85 crore. I am thankful to Chief Minister Captain Amarinder Singh for releasing funds for the project. The project will be completed before next Assembly elections.”

The project to cover the nullah (drain) was hanging fire for a long time. The drain passes through Shivaji Nagar and the New Shivaji Nagar areas. The drain often overflows whenever it rains causing inconvenience to residents.

In 2018, a team of experts from Roorkee inspected the nullah to prepare a design to cover it. Residents had been demanding from the authorities to get nullah covered at the earliest.

Huge rush was witnessed during inauguration of the project today. Mayor Balkar Singh Sandhu said they would ensure that the project was completed at the earliest.