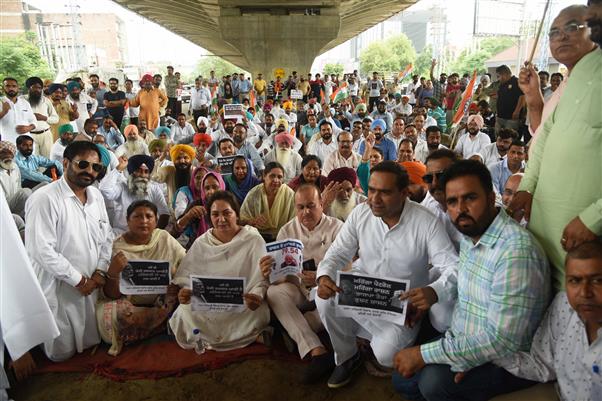 On Friday, both the urban and rural units of the District Congress Committee staged a protest against rising inflation and unemployment in the country.

The district president (Urban), Ashwani Sharma, said on the one hand government is increasing the price of essential commodities by imposing GST while on the other hand unemployment is also at alarming level.

“It has become impossible for the people to make both ends meet . The government should think about controlling inflation,” said Soni.