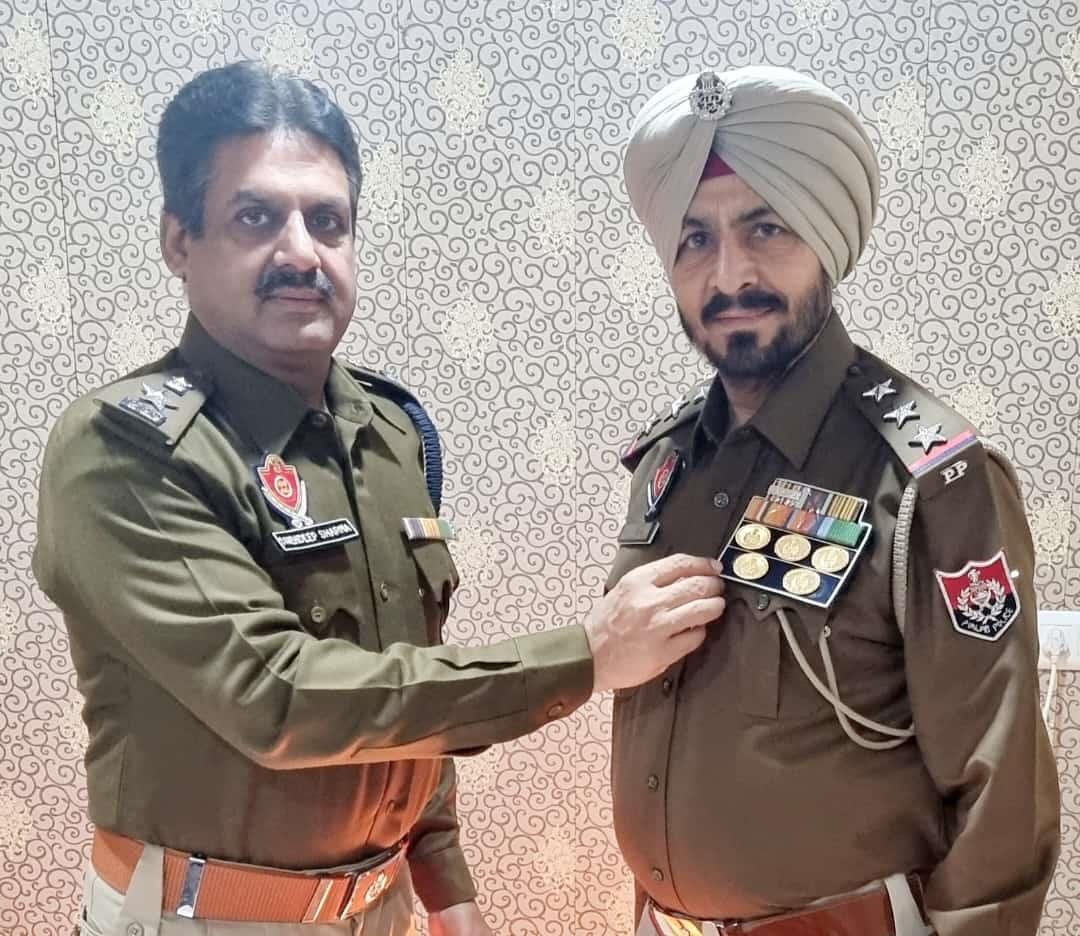 The Ludhiana zone in-charge of the Special Task Force (STF), inspector Harbans Singh, was awarded the Director General of Police (DGP) commendation disc by the Punjab Police. This is the fifth disc he has got for his outstanding performance in nabbing drug smugglers and recovering large quantity of drugs from them.

STF AIG Snehdeep Sharma pinned the disc on the inspector on Monday. The disc was recommended by the ADGP, STF, Harpreet Singh Sidhu, following which the Punjab DGP approved the recommendation.

Harbans was also honoured with the President Police Medal for Meritorious Services in 2013 by the then President Pranab Mukherjee. In 2017, he was decorated with the first DGP commendation disc. He also has 450 appreciation certificates given by various SSPs, IGs, ADGPs and DGPs.

Harbans while talking to The Tribune said the credit for his achievements goes to his team members who had been extending support to him in every task, his senior STF officials, including AIG Snehdeep Sharma, ADGP Harpreet Singh Sidhu, who always encourage him to wipe out the drug menace by putting smugglers behind the bars.