Some eyewitnesses told police that car was being driven by councillor’s son, who fled after accident 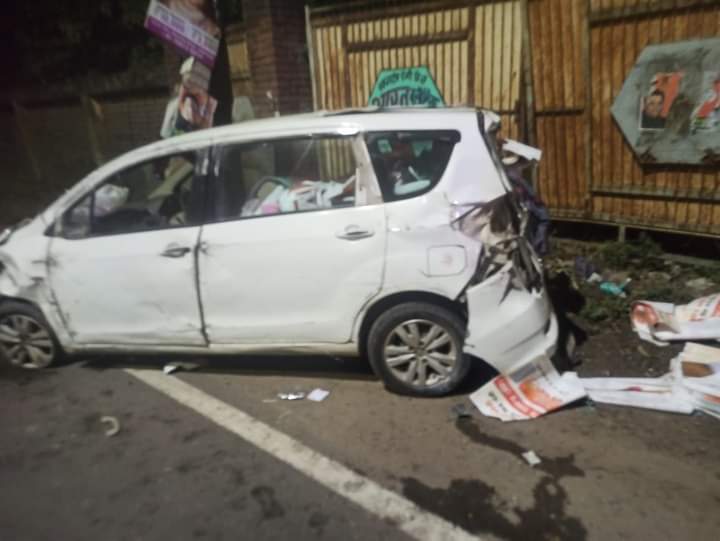 The car of a Congress councillor which met with an accident at Focal Point in Ludhiana on Saturday night.

A car rammed into three youths at Focal Point last night killing two on the spot, while one suffered serious injuries.

The car belonged to Congress councillor Umesh Sharma. The councillor claimed that his car was yesterday stolen from outside a restaurant and the thieves seemed to be involved in the accident.

“The victims were returning home and when they reached near their house, their motorcycle developed some technical snag. The trio were dragging their bike towards their home when a speeding Ertiga car hit them from behind. The driver fled away after the accident and passers-by rushed the victims to a hospital where two were declared dead by doctors,” revealed the ASI.

Asked if the car was being driven by the councillor’s son, the ASI said it is a matter of investigation as the councillor claimed that his car was stolen yesterday night.

The ASI said so far a case of negligent driving under Section 304 A of the IPC was registered against an unknown car driver and once the errant driver is identified, he will be booked in the case.

Councillor Umesh Sharma said on Saturday he had parked his car outside some restaurant where he had gone to attend a kitty party but when he came out, he found his car stolen. Even a car theft complaint was also lodged.

The councillor said rumour-mongers are holding his son responsible for the accident.