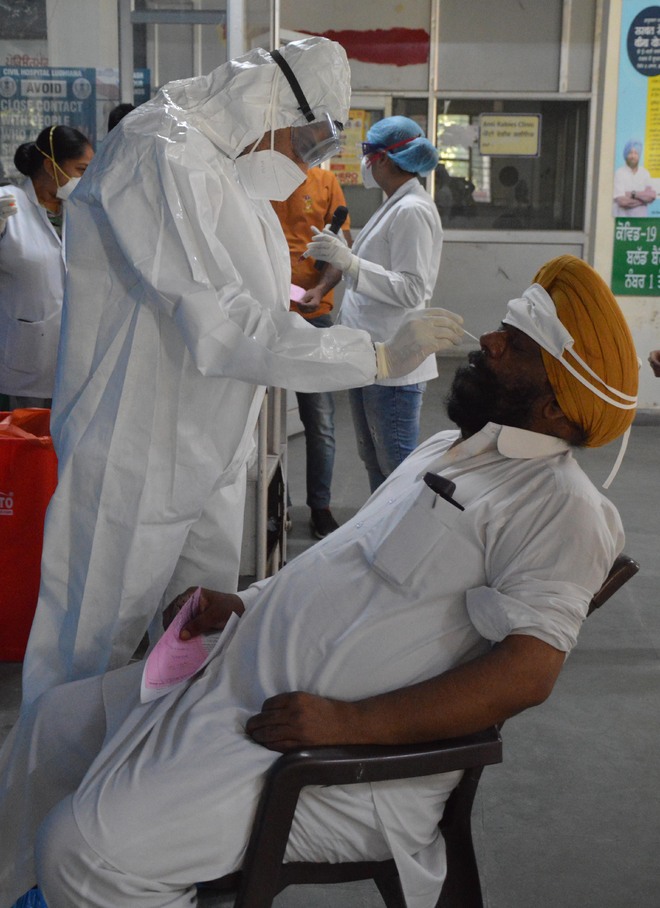 Covid-19 has claimed the lives of two more persons while 65 fresh cases have been reported from the district on Friday. Photo Inderjeet Verma

The Health Department today confirmed 76 cases, including 65 from Ludhiana and 11 from other districts or states. As per information, four patients came in contact with positive patients, 25 visited the OPD and 24 with influenza-like illness visited the flu corner. Besides, one healthcare worker, one patient with severe acute respiratory illness and 10 others have tested positive for the virus. As many as 2,770 samples were collected for Covid testing here on Wednesday. Besides, there are 243 active cases of Ludhiana district.

The district administration appealed to residents to follow all directions of the state government and if they would stay indoors, they would not only stay safe themselves but would also contribute to keeping everyone around safe.