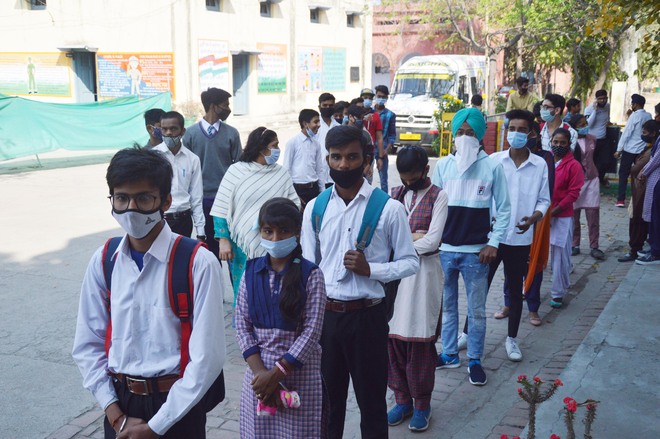 Students wait for their turn for the Covid test at a government school in Ludhiana. Inderjeet Verma

Covid has claimed the life of a 75-year-old man, a resident of Ram Nagar, Khanna, in Ludhiana district on Wednesday. Besides, 72 fresh cases of the virus have been confirmed in the district. 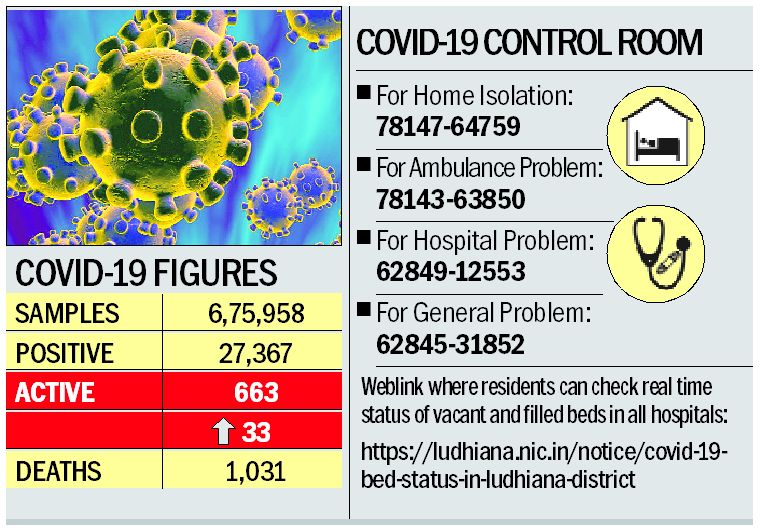 Besides, seven persons visited the OPD, 43 with influenza like illness visited the Flu Corner and four came in contact with positive patients. Two healthcare workers have also tested positive.

The Health Department confirmed 86 cases, including 72 from Ludhiana district and 14 from other districts or states. At present, there are 663 active patients in the district.

A total of 6,75,958 samples have been taken, of which 6,42,781 samples were found negative. The total number of confirmed cases related to Ludhiana till date is 27,367, while 4,267 cases belong to other districts/states.

A total of 1,031 persons from Ludhiana and 510 from other districts or states have died due to the virus so far. As many as 3,904 samples of suspected patients were sent for testing today.