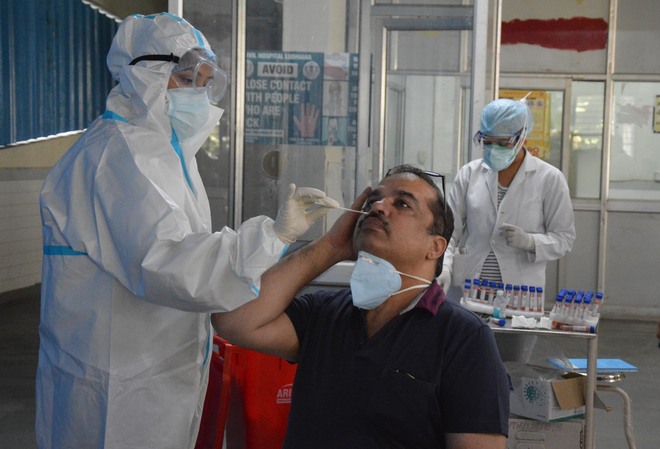 A total of 96 fresh Covid cases were reported from Ludhiana district on Friday, with the virus claiming the life of a senior citizen in the past 24 hours.

A total of 96 fresh Covid cases were reported from Ludhiana district on Friday, with the virus claiming the life of a senior citizen in the past 24 hours.

The Health Department confirmed 122 cases, including 96, from Ludhiana district and 26 from other districts of the state. In Ludhiana, 10 patients came in contact of positive patients, 23 visited OPDs and 44 with influenza-like illness visited flu corners. Besides, 19, including a health care worker and a patient suffering from severe acute respiratory illness (SARI), tested positive for the virus. 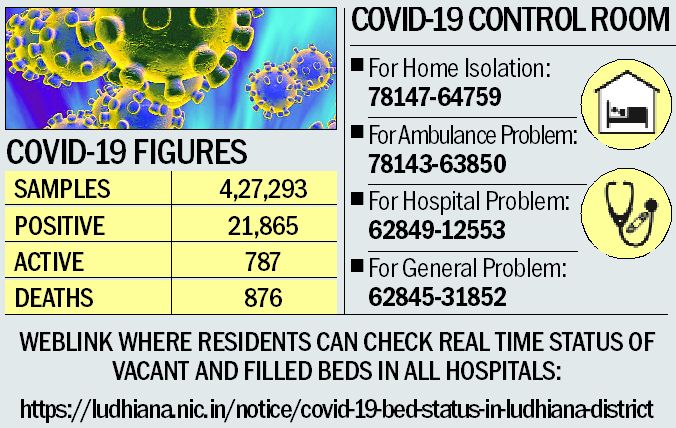 Civil Surgeon Dr Rajesh Bagga confirmed that five persons, including an 88-year-old woman from the Civil Lines of Ludhiana, one each from Bathinda, Mansa, Jalandhar and Haryana, died from the virus today.

Deputy Commissioner Varinder Sharma today said that there were 787 active patients in the district at present. He further said that till date, a total of 4,27,293 samples had been taken, out of which the reports of 4,25,474 samples had been received. Of these, 4,00,536 samples were found negative, while the report of 1,819 samples were pending. He said now, the total number of patients related to Ludhiana was 21,865, while 3,073 patients were related to other districts and states.

The DC appealed to the residents to follow all directions of the Punjab Government and if they stayed indoors, they would not only stay safe themselves but would also contribute to keeping everyone around safe.