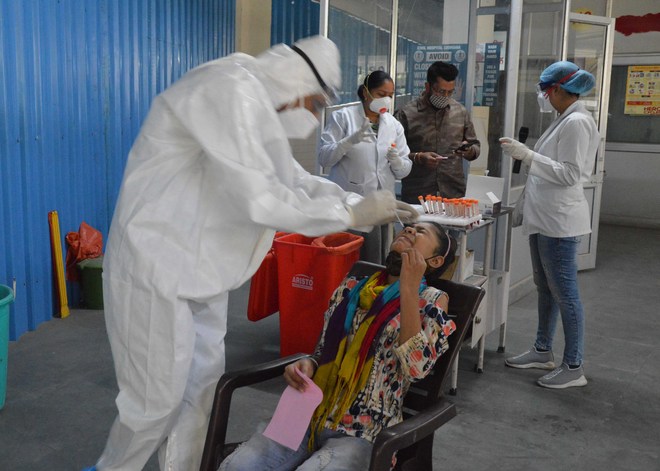 A person gives his sample for the Covid test. Photo: Inderjeet Verma 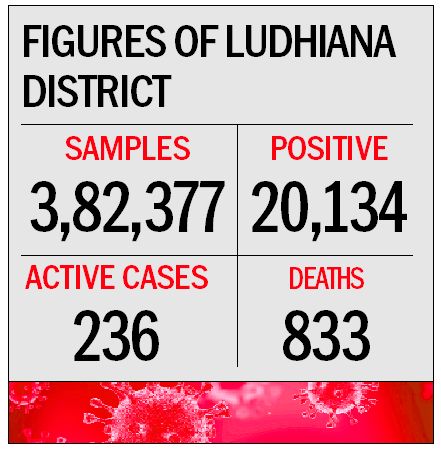 Of the 38 patients of the district, four persons came in contact with positive patients, 14 visited the OPD and 14 with influenza-like illness visited the flu corner. Besides, six others, including a police personnel and a patient with severe acute respiratory illness, have tested positive for the virus.

According to information, a total of 833 patients of Ludhiana district have died of the virus till date. At present, 11 patients, including five from Ludhiana and six from other states or districts, are on ventilator.

As many as 2,872 samples were collected for Covid test here on Wednesday. Besides, there are 236 active cases of Ludhiana district and 73 active cases of other districts or states here.

The district administration appealed to residents to follow all directions of the state government and if they would stay indoors, they would not only stay safe themselves but also contribute to keeping everyone around safe.