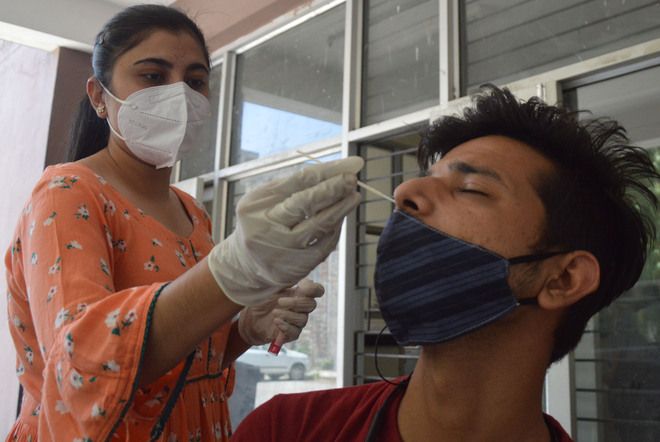 As many as 20 more persons of the district succumbed to Covid-19 in the past 24 hours. A total of 438 fresh cases from Ludhiana and 63 cases from other districts or states have been reported.

Today, the Civil Surgeon office confirmed the death of 34 patients, including 20 patients of the Ludhiana district, three from Sangrur, two from Jalandhar, one each from Hoshiarpur, Barnala, Pathankot, Fatehgarh Sahib, Gurdaspur, Patiala and three from Haryana.

Of the 438 confirmed cases reported today, seven persons came in contact with positive patients, 89 visited OPD, 249 with influenza-like illness visited flu corner and 89 patients were yet to be traced. A health worker, one person with a severe acute respiratory infection and two others have also tested positive for the virus.

The active cases of the district at present are 6,629. According to the Health Department, 5,410 patients are in home isolation. Currently, 51 patients including 30 from Ludhiana and 21 from other districts or states are on ventilator support.