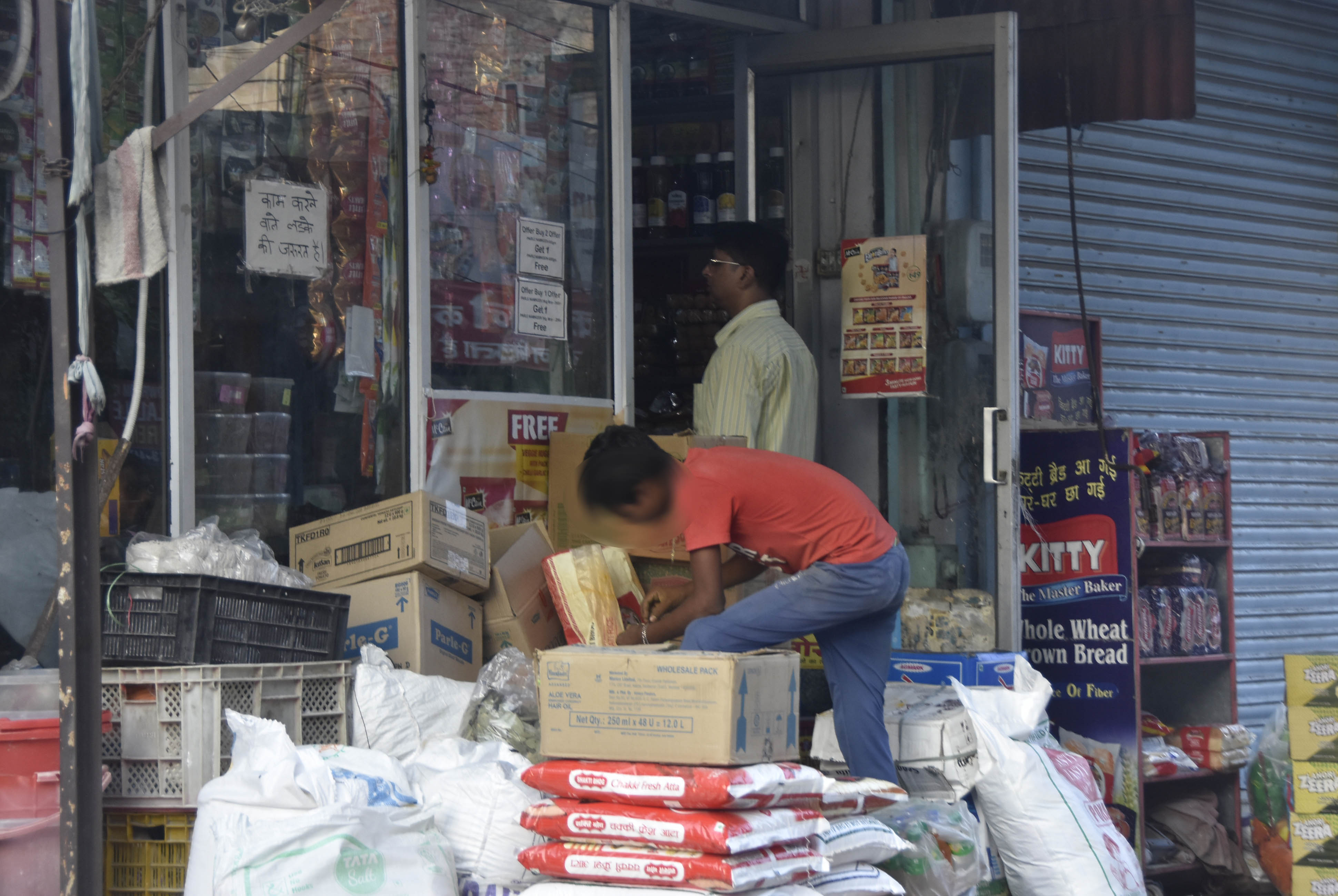 A child works at a shop in Ludhiana on Friday. Himanshu Mahajan

With an aim to free Ludhiana of child labour, a major crackdown was launched against the menace in the district on Friday, the administration has said.

Child labour deprives children of their right to go to school and reinforces intergenerational cycles of poverty. In nearly every case, it cuts children off from schooling and healthcare, restricting their fundamental rights and threatening their future. We aim to prevent child labour and other forms of preventable exploitation through integrated approaches that strengthen child protection systems. — Surabhi Malik, Deputy Commissioner

Christened, ‘Muskurata Bachpan’, the special project to combat the peril will rescue and rehabilitate minors and adolescents found doing drudgery and any other work prohibited under the law, the officials have disclosed.

Brainchild of Deputy Commissioner Surabhi Malik, the initiative, ‘Muskurata Bachpan’, will bring back all the children doing labour or any other work to the mainstream by admitting them to schools and ensuring their health, social, and economic security.

The DC told The Tribune that a district task force, comprising competent officials from all departments concerned, has been constituted to act against the child labour. “The children pushed into labour and any other work will be made to live their childhood while those engaging them to do work will be prosecuted,” she said.

Malik said the district administration was committed to prevent and respond to child labour, especially by strengthening and facilitating coordination between various departments associated with children.

“Muskurata Bachpan seeks to address basic needs and rights of children engaged or at risk of child labour, and of victims of forced labour. It will also streamline procedure for pre-rescue, rescue and post-rescue of children engaged in child labour by ensuring strict enforcement of all laws and rules framed for the purpose,” the DC said.

Divulging the roles and responsibilities of various stakeholders in the district task force, the Assistant Commissioner (Grievances), Jasleen Bhullar, who was made nodal officer for the project, said the District Education Officer (DEO) would report to the DC the names of such children, who were enrolled in schools but were absent consecutively for 30 days without intimation to the school head. The DC will forward the report to the District Child Protection Officer (DCPO) for field verification and report.

She said the Assistant Labour Commissioner (ALC) will constitute a fund to be called the Child and Adolescent Labour Rehabilitation Fund to which the amount of the fine realised from the employer of the child and adolescent, within the district, shall be credited.

The state government will credit Rs 15,000 to the fund for each child or adolescent for whom the fine amount has been credited and the amount credited to the fund will be deposited in bank or invested in such a manner, as the administration will deem appropriate.

Jasleen said the amount deposited or invested, and the interest accrued on it, will be paid to the child or adolescent in whose favour such amount was credited, in such a manner as may be prescribed under the law.

When the child or adolescent concerned completes the age of 18 years, as soon as may be possible forthwith or within a period of three months, the total amount credited, deposited or invested in favour of the child along with interest accrued thereon remaining in the bank or remaining so invested will be transferred to the said bank account of child or adolescent, as the case may be, and the Inspector shall prepare a report of the amount transferred with particulars of the concerned child or adolescent sufficient to identify him and send a copy of the report annually to the Centre for information.

“Any amount recovered by way of fine or for composition of offences in pursuance of an order or judgement of a court in favour of a child or adolescent for the contravention of the provisions of the Act, will also be deposited in the fund and be spent in accordance with such order or judgment,” the Assistant Commissioner (Grievances) added.

Every child or adolescent involved in labour or any prohibited work to be rescued and rehabilitated.

All persons below 18 years rescued under the project will be produced in front of the Child Welfare Committee (CWC), which will conduct an inquiry on the basis of home verification and social investigation report. Based on the same, the CWC shall pass orders for rehabilitation of the child.

The rescued children between 5-8 years will be directly linked to the Sarva Shiksha Abhiyan to access their Right to Education.

Children between 9-14 years will attend two-year bridge education in NCLP special training centres and then will be mainstreamed to schools under the Sarva Shiksha Abhiyan.

Adolescents between 14-18 years will be linked to kill development programme run by the government.

The Labour Department will follow the due procedure to ascertain the back wages, penalties, and compensation of the child based on their statement made to the CWC within seven days of the child’s rescue. Once the amount of back wages was ascertained by the Labour Department for the child labour or child bonded labour, the same will be recovered by the department from the offender/ accused within 10 days of ascertaining the amount. The recovered money will be deposited in the bank account of the child.