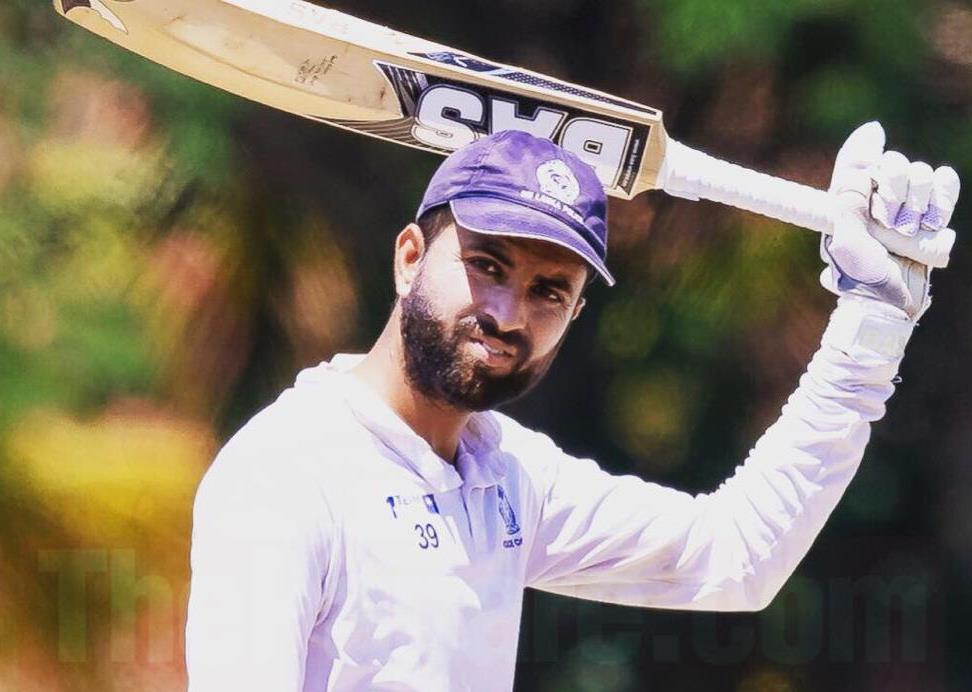 City cricketer Gitansh Khera is back after a successful Sri Lanka tour where he had gone for the second consecutive year to participate in the club cricket.

Gitansh played for Police Sports Club in the Major Clubs Limited Overs Tournament held from June 27 to July 21 in which 26 teams comprising some of the current and past players of Sri Lanka national team namely Kusal Prera, Chamara Silva, Ashen Bandara, Dinesh Chandimal and Upul Tharanga were also seen in action.

Right handed wicketkeeper-batsman, Gitansh (31) made his first class cricket debut in November 2010 and since then had played around 50 first class matches, including Ranji Trophy ties, besides T20 matches.

Gitansh performed well during the competition in Sri Lanka. He scored total 440 runs in seven matches and remained unbeaten once at an average of 73.33 with the strike rate of 103.04. He hit 38 boundaries and 15 sixes to help his side finish at the sixth spot on points table.

Gitansh’s highest score in this tournament was 167 runs off 133 balls in the match against Lankan Cricket Club. It was followed by another fine performance of 107 runs in 90 balls against Sebastinities Cricket Club. He made 57 runs against the Sinhalese Club (best club of Sri Lanka) whose skipper, Dasun Shanaka is also the captain of the Sri Lanka national team. He contributed 37 runs against another famous Moors Cricket Club.

Besides, Gitansh made 11 dismissals (Eight catches and three stumping) to prove his credentials as a key player of Police Sports Club. In the last edition of this tournament, Gitansh had scored total 319 runs (111 not out against Panadura Cricket Club, 91 not out against Galle Cricket Club and 74 runs against NC Club).

Last year in January, Gitansh was invited by the Rajasthan Royals authorities for the IPL trials, which were, however, called off due to the spread of the Covid-19 pandemic.

Talking to The Tribune, Gitansh said, “Sri Lankan star players Jayasuriya and Sangakara watched me playing there and were kind enough to appreciate my game.”