One of the students, a diabetic said that her exam was to get over at 3:45 pm and her parents were waiting outside but she kept on waiting for exam to start 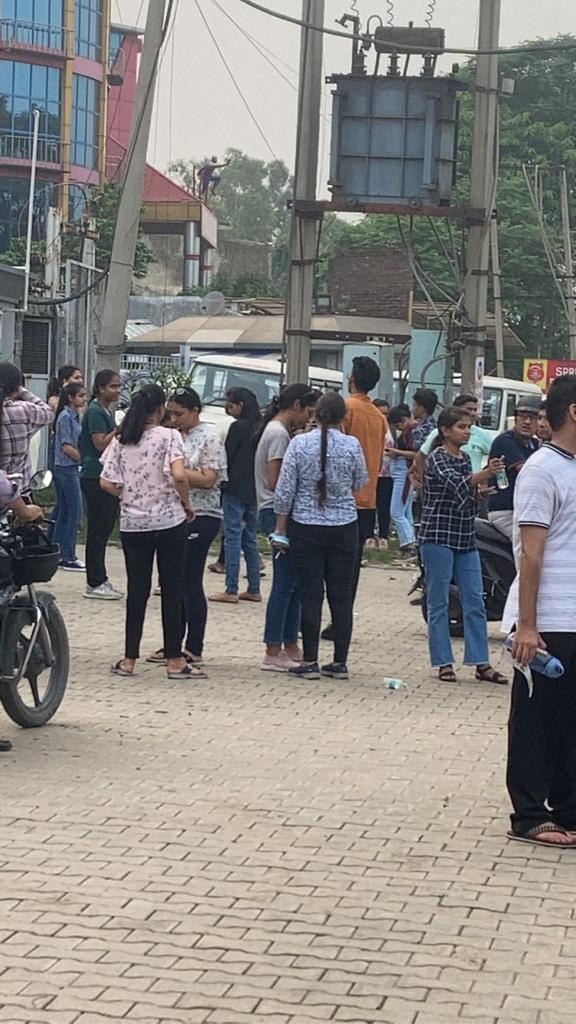 Candidates appearing for CUET (UG) phase 2 exam on Thursday had a harrowing experience at Ludhiana centre as the exam got cancelled after prolonged ambiguity.

The exam was supposed to start at 3 pm for which students were asked to report by 1:20 pm. First, the students along with their parents were made to stand in humid weather for 45 minutes as entry was not allowed. Later, the exam scheduled for 3 pm didn’t commence till 5 pm.

The students felt helpless and suffocated as even after two hours, the exam was not started and no reason was given to the students for delay. However, those on duty at the centre were concerned about the students and tried their best to resolve the issue.

One of the students, a diabetic said that her exam was to get over at 3:45 pm and her parents were waiting outside but she kept on waiting for exam to start. “Being diabetic, I start craving to eat something as I was hungry too”, she said.

At the same time students added that the computers at the centre were operational and students just waited for “start” option but a probable technical issue prevented them from initiating the process.

Another student complained of headache and was immediately given the medicine.

The students looked exhausted when they came out at 6:15 pm outside the examination centre. The students had come from places like Doraha, Jagraon etc.

In the first phase too, technical glitches were reported from various centres.