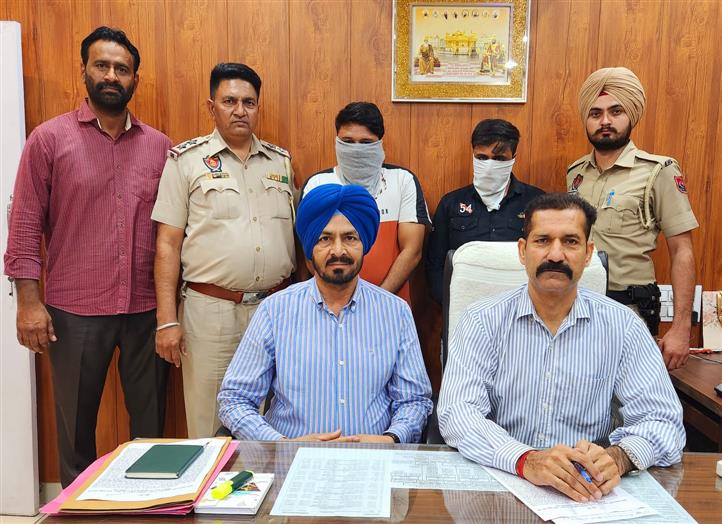 The suspects in the custody of the police in Ludhiana on Thursday.

The Special Task Force Wing on Thursday nabbed two employees of a drug de-addiction centre and recovered 27,000 intoxicating tablets and Rs 90,000 drug money from them.

The suspects have been identified as Vidhant (24) of Hoshiarpur and Kamaljit Kumar (30) of Phullanwal village. Vidhant works as a manager at Simran Hospital and drug de-addiction centre while Kamaljit is a ward boy in the same hospital.

Ludhiana STF incharge Inspector Harbans Singh said a secret information was received the suspects were running a drug racket. They had been supplying intoxicating tablets to their clients in Ludhiana area in connivance with a drug smuggler, Honey Goyal of Barnala.

On Thursday, they were to deliver the consignment of intoxicating tablets to their clients in Model Town. Accordingly the STF team laid a trap and intercepting them near Krishna Temple, said the inspector.

The police nominated Honey in the case after the suspects admitted that the tablets were provided to them by him. Raids were on to nab the accused, added the STF Inspector.