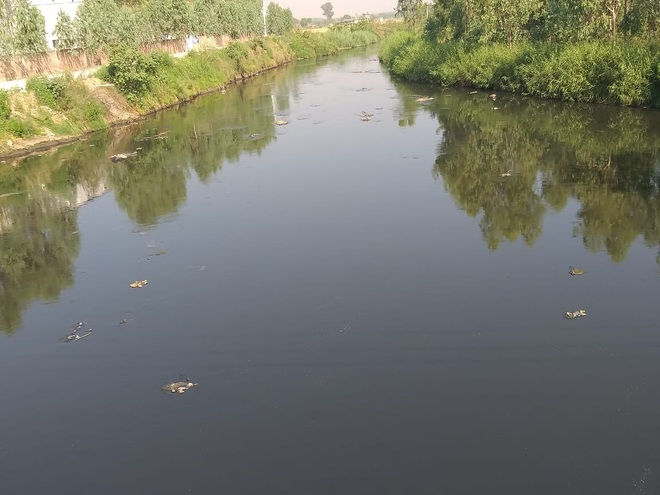 Currently, a drain passing near Bhadaur House has been badly flooded with solid waste as the civic body failed to pay any attention towards it. The situation of a drain passing through Shivaji Nagar is similar but work to cover the drain is also underway.

Whenever it rains heavily, sewage starts flowing back to houses in several areas due to choked sewer lines. The problem of overflowing sewers during rain is common on Chandigarh Road, Panj Peer Road and several other areas.

Residents of Dhandari Khurd, New Durga Colony and several other colonies have been complaining about choked sewer lines. Residents in some areas also complain that de-silting of sewer lines is not done on time.

Satish Thaman, resident of Rishi Nagar, Ludhiana, said, “Road gullies in a number of areas are lying choked at present. The residents complain about choked sewers in different areas. We have witnessed major waterlogging in different parts of the city even after a short spell of rain in the past.”

Thaman said, “The work to clean the road gullies and all drains in the city should be done before the rainy season. The machines at all sewerage treatment plants should be made functional. The departments concerned should make proper arrangements to avoid waterlogging in city areas.”

A former councillor Inder Aggarwal said, “The MC has floated tenders for cleaning different sewer lines with super suction machines. All these works must be completed before the rainy season. The road gullies in all areas should be cleaned timely. The MC should also ensure cleaning of small drains passing through different areas of the city.”

Around 89 per cent city areas lacked storm sewer system, as per information. The MC had earlier made a plan for the installation of storm sewer system in the entire city but the project could not see the light of day due to lack of funds, sources said.

Superintending Engineer Rajinder Singh said, “The MC chief has already given instructions to all the officials concerned to ensure cleaning of the road gullies, drains and sewer lines in the city.”

“We are already running the drive to clean Buddha Nullah. MC officials are taking action against those throwing litter in Buddha Nullah. The other drains in internal areas will also be cleaned,” Rajinder Singh added.