95% samples test positive for Indian VoC in July, 4% for others 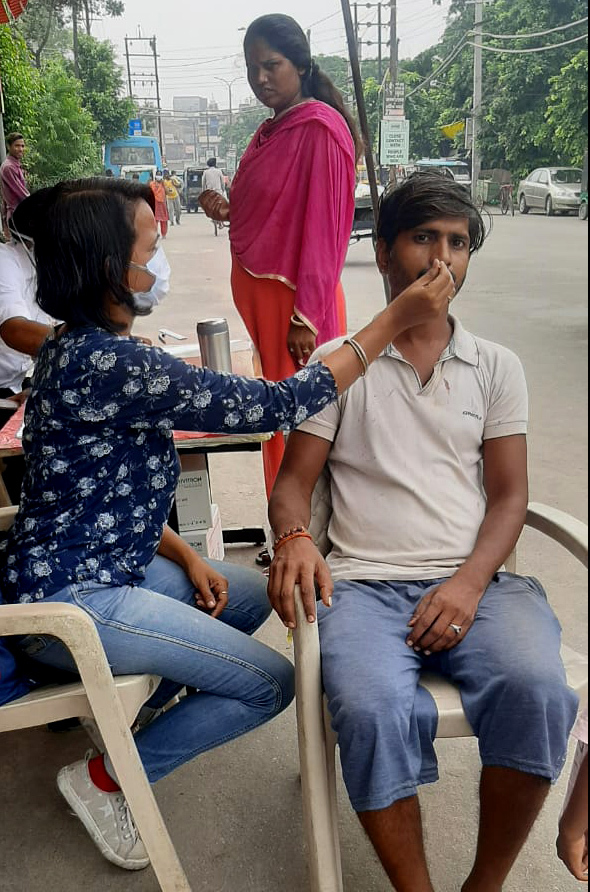 A health worker takes a sample of a resident for Covid test in Ludhiana on Thursday. Photo: Inderjeet Verma

The government has confirmed that Delta continues to remain the most dominant Covid variant of concern (VoC) and has been spreading fast in Punjab as the United Kingdom’s Alpha variant disappeared after dominating the state till March.

A whopping 95.5 per cent of the total Covid samples processed for whole genome sequencing (WGS) in July tested positive for the Indian VoC (B.1.617), which had been christened Delta, the official figures revealed.

However, no fresh case of highly-contagious and dreaded new Covid variant Delta Plus (B.1.617.2), which is a mutated form of Delta and is gradually spreading fast to several other countries, claiming many lives, after being first found in India, has been reported in the state.

Till now, only two Delta Plus cases, one each in Ludhiana and Patiala districts, were reported in June. The data analysed by the Health and Family Welfare Department, available with The Tribune, showed that a total of 2,863 Covid samples were sent for the WGS from January to July, of which 2,539, accounting for 88.9 per cent, were processed, and 2,284, which accounted for 90 per cent, tested positive for the VoCs.