Dengue cases up, tally rises to 1,830 in Ludhiana : The Tribune India 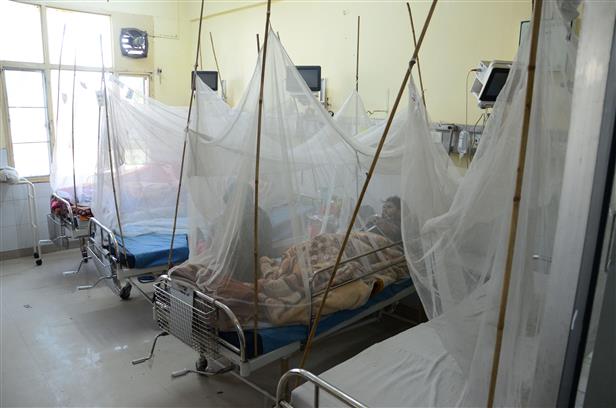 Ludhiana district has been witnessing a continuous rise in number of dengue cases.

The district has been witnessing a continuous rise in number of dengue cases. The confirmed cases of the disease have touched 1,830, including 1,056 locals and 774 outsiders, while the count of suspected cases of dengue virus (DENV), which has four serotypes and it is possible to be infected four times, has reached 3,389 in the district, this season so far. 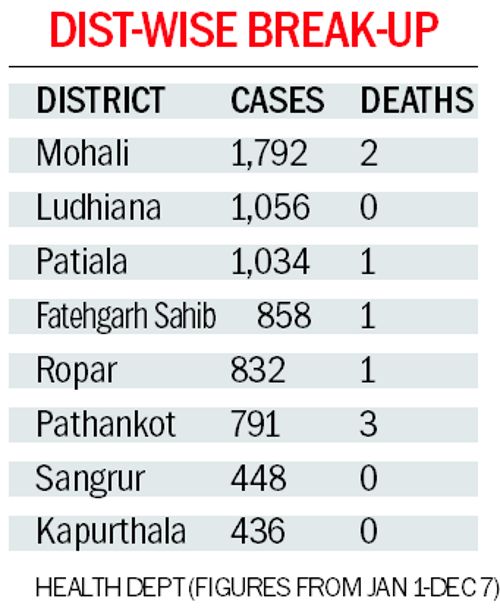 With this, Ludhiana continues to be the second worst-hit district in the state.

The Civil Surgeon, Dr Hitinder Kaur Sohal, said six fresh confirmed dengue cases, including three each local residents and outsiders, were reported in the district during the past 24 hours, taking the cumulative tally to 1,056 locals and 774 outsiders besides 3,389 suspected patients.

She said nine seriously ill patients were hospitalised in various private institutions till this evening while 531 cases had been discharged after recovery from the hospitals so far.

“Effective measures were being taken for the prevention and control of dengue, which requires sustained community involvement to improve the efforts substantially,” she disclosed.

The joint campaign by the Health Department and the Municipal Corporation (MC) has so far issued 1,966 challans, including 1,156 by the Civil Surgeon office and 810 by the MC, for letting the mosquito breeding and virus spread.

The city has turned out to be most prone for dengue virus with the maximum of 731 confirmed cases so far. The urban areas have become hotspots with 793 confirmed dengue patients, including 731 from Ludhiana city, 59 from Khanna and three from Jagraon. However, the rural areas have so far reported 263 confirmed DENV cases, including 56 from Sahnewal, 48 Koom Kalan, 23 Machhiwara, 13 Samrala, 12 each Raikot and Maloud, 11 Sudhar, nine Pakhowal, six Hathur, and three from Sidhwan Bet.

“We are making coordinated efforts by roping in all the concerned departments and official machinery to control the further spread of dengue in the district. Special wards for patients, adequate availability of drugs and clinical examination facilities have been put in place besides undertaking concerted testing and challaning drive,” said Surabhi Malik, Deputy Commissioner