Dengue on rise, cases at record high in Punjab 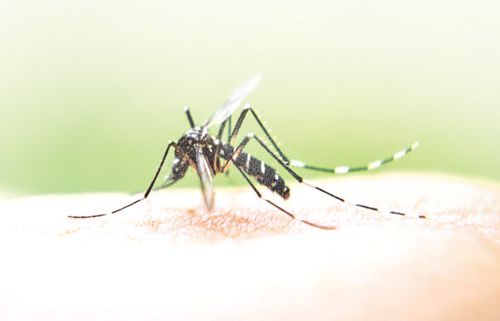 The cases of dreaded dengue fever, both suspected and confirmed, are at a record high in the state, the government has confirmed.

Ludhiana, the biggest and largest district in terms of area and population of around four million people, has so far reported 103 confirmed dengue patients, which are seventh highest in the state, the official figures have revealed.

However, no death due to dengue has been reported in the state.

Confirming an upsurge in dengue cases in Punjab, Principal Health Secretary Alok Shekhar told The Tribune on Friday that dengue cases are being reported from all districts of the state.

Taking cognisance of the situation, the state government has made elaborate arrangements to check the further spread of dengue.

Not only dengue testing has been made free of cost at the government facilities but also the number of testing labs exclusively for dengue has been increased to 39.

Shekhar said sufficient kits for testing were made available in the government hospitals, number of breeding checkers for spray activities for dengue has been increased to 460, and 50-60 houses surrounding the house from where a case was reported were sprayed with suitable insecticide.

Besides, the management of dengue has also been made free of cost, dengue wards and beds have been identified, and whole blood and blood components were made available in the government hospitals.

All private medical practitioners have been directed to report dengue and malaria cases to the Health Department. 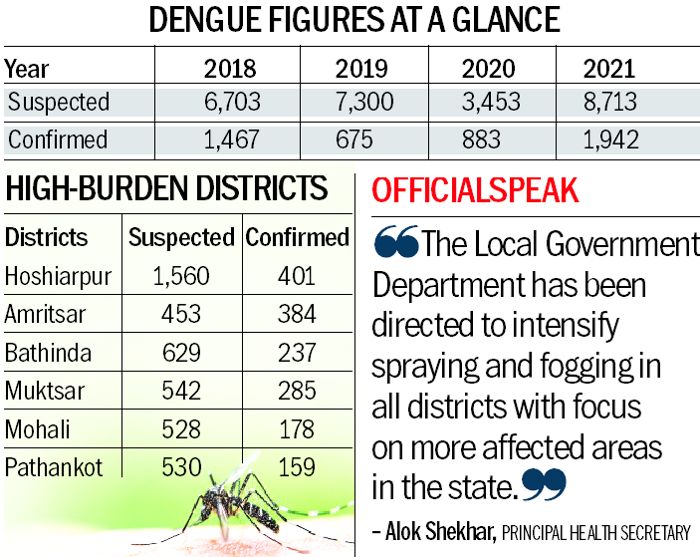 The state-wise tally indicated that a total of 8,713 suspected and 1,942 confirmed dengue patients have been reported across the state till Thursday. This was the highest count of both confirmed and suspected cases during the corresponding period in the past four years.