Design finalised, tenders yet to be floated for bridge 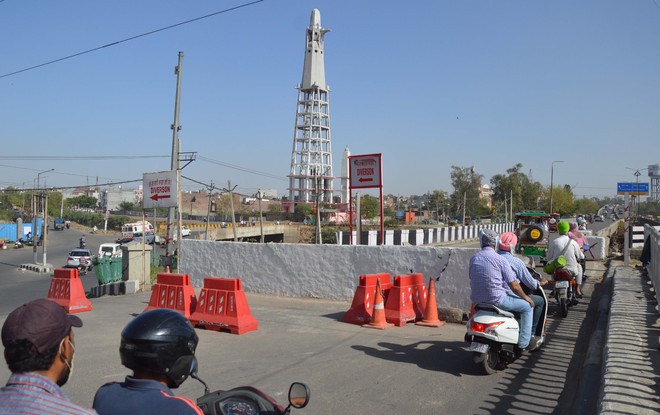 The bridge over Buddha Nullah that has been closed for heavy traffic. Photo: Inderjeet Verma

Even more than two months after the unsafe bridge over Buddha Nullah near Chand Cinema was closed for all kind of traffic movement, except two-wheelers, the MC is yet to float the tenders for the reconstruction of the bridge.

However, officials said the design for the reconstruction of the bridge, located on Old GT Road, has been finalised.

The bridge was declared unsafe around nine years ago but required steps were not taken at that time. The bridge has got damaged from different points while a number of bricks have fallen from the bridge on the road underneath it. The railings of the bridge are also in bad condition.

In 2018, the civic body had stopped entry of heavy vehicles on the bridge but cars, three-wheelers and two-wheelers were allowed at that time. In January 2021, the MC had got a wall constructed on the road to stop entry of vehicles, except two-wheelers, on the stretch. At present, the traffic is diverted through a nearby bridge.

The MC’s Superintending Engineer Teerath Bansal said the design for the reconstruction of the bridge had already been prepared. “The estimate of Rs 6 crore has been approved for the project. Now, the process is underway to finalise the further process and tenders would be floated shortly,” he said.