11 computer centres across dist impart free IT courses to needy 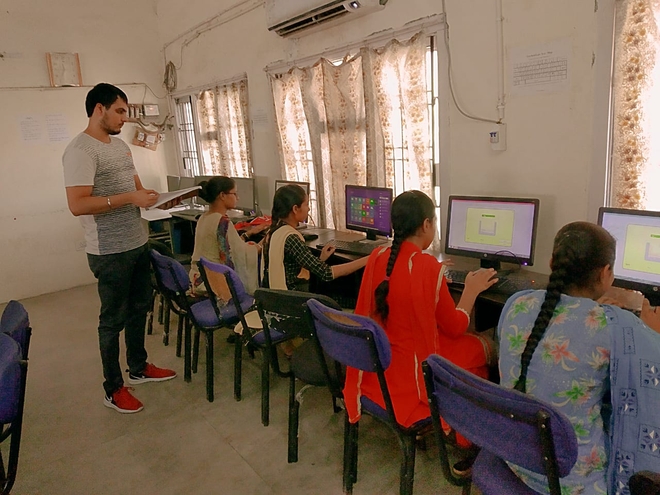 Students attend a class at a computer centre in Ludhiana.

In a first, over 30,000 girl students, mainly from economically weaker sections (EWS) of society, have been training in various diploma certificate courses of Information Technology (IT) while almost 800 such candidates were still on the rolls, undergoing the computer courses, ranging three, six and 12-month duration, in Ludhiana district, the administration has claimed.

It was done under the ‘Digital District’ campaign, which Ludhiana was the lone district in the state to launch way back in 2001 through the District Rural Development Agency (DRDA), officials have said.

Sharing details on the completion of 20 years of the one-of-its-type drive, Deputy Commissioner Varinder Kumar Sharma told The Tribune here on Thursday that the ‘Digital District’ was a flagship programme of the district administration with a vision to transform Ludhiana into a digitally empowered society and knowledge economy.

He said to address the on-hand situation and help youngsters achieve the idea of digital empowered India, the administration through the DRDA had in April 2001 launched a noble initiative by opening DRDA computer education centres across the district.

Under the initiative, 11 centres were operational at present with the support of 12 master trainers at different locations.

Divulging the outcome of the campaign, the ADC (Development), Amit Kumar Panchal, said two sets of courses — Diploma in Computer Applications and Accounts (Tally and Manual Accounting) were offered to students.

While short-term courses on offer were of three and six-month duration, a long-term course spans one year on a number of topics, including a 120-hour certificate course, which was essential for a government job.

“Now, these centres are imparting training to nearly 800 students at a nominal cost and free of cost to EWS students. The courses aim at furthering the skill sets of students and making them more equipped for future employability,” said Panchal, while adding that the centres were able to impart training to over 30,000 students so far.

Chief Minister Charanjit Singh Channi said: “Access to technology, internet and information technology, helps people to rise above and beyond the general idea of living. It enables citizens across the state, country and nations to connect, discuss and deliberate on the idea of inclusive development. Digital divide in the 21st Century is nothing but a harsh step back towards progressiveness."

"It means a clear and visible gap between the ones, who are able to access technology, but not limited to the internet, personal computers and laptops, and those who are far away from even imagining the access. The initiative will help broaden the gap of digital equality, which comes at the cost of economic and social inequality,” he said. 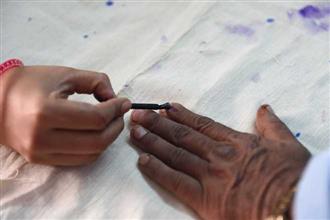