Ludhiana district fails to get place in expanded Punjab Cabinet, yet again 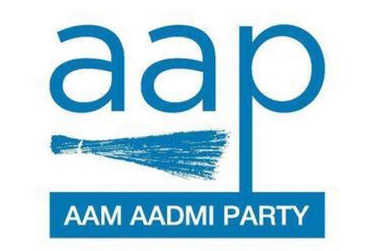 All hopes of leaders and workers of the ruling Aam Aadmi Party (AAP) were dashed on Monday when Ludhiana district again failed to get any representation in the first expansion of the less than four-month-old Punjab Council of Ministers.

The state’s biggest district sends 14 MLAs, constituting almost 12 per cent of the total 117 Vidhan Sabha seats in the state, to the Punjab Assembly.

Ludhiana had given an unprecedented 13 of the total 14 Assembly seats to the ruling party with Dakha remaining the lone exception, which was retained by the Shiromani Akali Dal (SAD) in the February 20 high-stakes Punjab Assembly polls.

The name of two-time AAP MLA Sarvjit Kaur Manuke, who was the deputy leader of the Opposition in the previous Vidhan Sabha, and had retained her Jagraon seat, was doing the rounds for the Assembly Speaker’s post when the Bhagwant Mann-led government was formed in March and now her supporters were expecting her to be part of the Cabinet, but was again left out.

“It hardly matters to me whether I am made the minister or not. What all matters is the staunch support of my people, who had elected me twice consecutively with a thumping majority,” the firebrand AAP legislator from Jagraon told The Tribune.

Maintaining that party workers and cadres felt disappointed, Manuke said it was the prerogative of the party and its high command to select MLAs for the Cabinet berth. “I have consoled my supporters and party cadres to remain calm while assuring them that I will continue to work selflessly for the welfare of my area and its people, besides striving hard for the betterment of the party as well.

She asserted that the party and the people, who have reposed faith in her twice, were supreme. “I will never let my party and people down till my last breath,” Manuke added.

Meanwhile, a pall of despair and disappointment descended on the AAP workers, leaders, and cadres across the district after five more MLAs (none from Ludhiana) were inducted into the Punjab Cabinet in its first expansion in Chandigarh this evening.

“What is the criteria for choosing the MLAs for the Cabinet berth,” asked an irate party activist, Kuldeep Kaur.

Another AAP worker Sukhdeep Singh felt the seniority and qualification were ignored while selecting the MLAs for ministerial berths.

“Ludhiana elected the maximum of 13 MLAs of our party but still we are left out,” rued an undergraduate student, Anmol, who being a first-time voter had given her vote to AAP in the February 20 Punjab Assembly elections.

A housewife, Neena, who was also a staunch supporter of the Arvind Kejriwal-led party, felt that several MLAs of Ludhiana were more deserving than those inducted in the Cabinet.

“This is a raw deal given by the AAP leadership to Ludhiana, which will go against the party in future,” opined a party supporter, trader Rajesh Kumar.

The second-timer AAP, reckoned by many as a rank outsider, had scripted history by winning a record 13 of the total 14 Assembly constituencies in a tsunami that swept Ludhiana district.

While the Shiromani Akali Dal (SAD) was able to retain the Dakha seat, the Congress, the Lok Insaaf Party (LIP), the Bharatiya Janata Party (BJP), and the Sanyukt Samaj Morcha (SSM) were completely decimated by failing to even open their account in the district.

Manuke was the lone bigwig who was able to retain her Jagraon Assembly constituency.