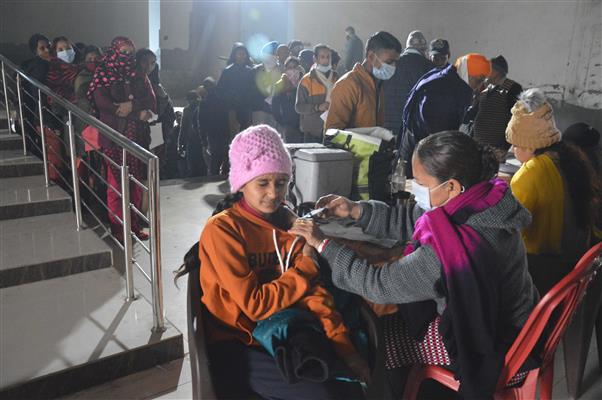 The district today saw the highest single-day spike since the pandemic broke out in 2020. On Friday, 1,808 cases were reported within 24 hours and seven patients lost their lives due to the disease.

The recovery rate of Covid-19 patients has dipped further to 91.66 per cent. Today there were 5,756 active cases in the district and 5,660 patients were asked to isolate themselves at their homes by the Health Department.

At present there are 164 patients admitted to various private and government hospitals. Out of these 96 patients belong to Ludhiana, while 68 are from other districts.

The total number of patients who lost their lives to Covid is 2,134 from Ludhiana and 1,070 from other districts. Samples of 6,230 suspected patients were sent for testing today.