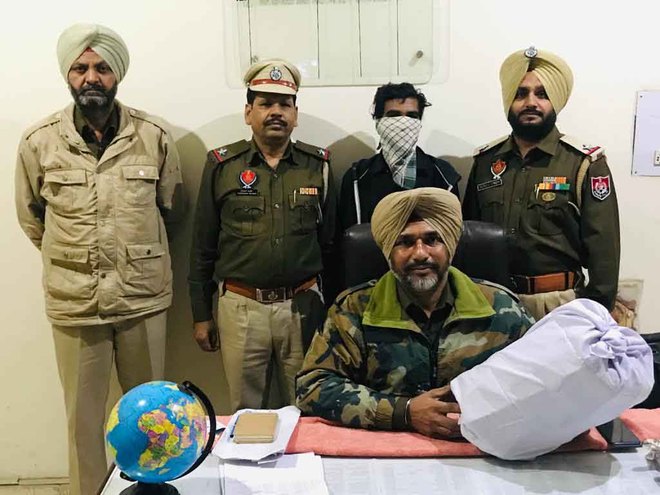 Drug smuggler in custody of the Focal Point police in Ludhiana on Saturday. Tribune photo

The Focal Point police claims to have arrested a drug peddler and recovered 3.5 kg of ganja from his possession.

The accused has been identified as Sukhdeep Singh Teetu, alias Chintu, a resident of the Neechi Mangli road, Gobindgarh.

The Station House Officer (SHO), Focal Point, Inspector Amandeep Singh Brar, said a police party was patrolling Neechi Mangli in search of drug peddlers when they got secret information about a person on his way to deliver consignment of drugs to his clients.

Accordingly, a naka was laid at a strategic place where the suspect was stopped and during search of his belongings narcotics were recovered, the SHO added.

The suspect was into the notorious trade from long time and was in touch with some Bihar-based smugglers from whom he used to procure consignment of narcotics, the SHO said.

Police remand of the smuggler would be sought from the court so that the entire supply line of drugs could be busted, the SHO added.