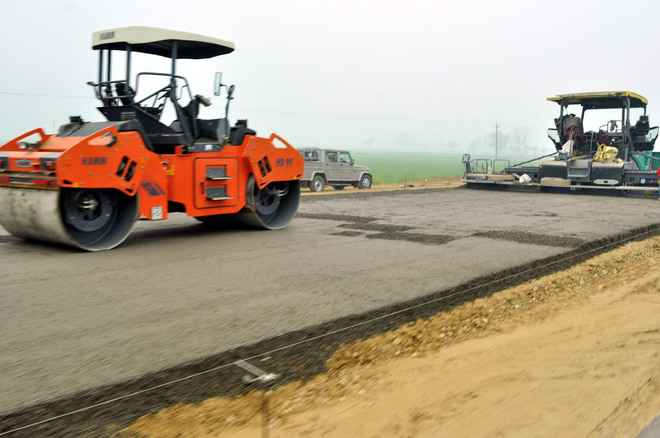 Disclosing this here on Tuesday, a senior government functionary told The Tribune that the panel, headed by the Chief Secretary and comprising the heads of all the departments concerned, will ensure achievement of milestones and no cost overruns and resolve inter-departmental issues, if any, to ensure timely completion of these projects in the state.

At present, 28 Centre-funded projects are under implementation in the state and are being monitored by the Union Ministry of Statistics and Programme Implementation on a regular basis.

The main railway projects being undertaken in the state and funded by the Centre included Mansa-Bathinda broad gauge line, new railway lines from Qadian to Beas, Ferozepur to Patti, Nangal dam to Talwara and doubling of Ludhiana-Mullanpur railway line.

However, most of the Centre-funded national highway four-laning projects have been completed in the state jointly by the National Highways Authority of India (NHAI) and the Public Works Department (PWD).

Besides, the work is in progress for the construction of various buildings of the IIT in Ropar (Phase 1-A, B and C), permanent campus of the IIM in Amritsar, AIIMS in Bathinda, satellite centre of Chandigarh PGI in Sangrur and second generation ethanol bio-refinery project in Bathinda.

The state government has urged the representatives of the Centre to ensure that they will coordinate and take up any issues requiring redress with the nodal officers and the state departments in a timely manner.

The officials concerned have been directed to ensure that the projects are completed as per the timelines determined. The Principal Secretary, PWD, and other departments have been asked to coordinate with the Planning Department in order to take up all such projects costing above Rs 150 crore, which have been delayed or lagging due to coordination issues with the Centre and have them incorporated in the list of projects with the Union Ministry of Statistics and Programme Implementation.

These projects will be reviewed regularly by the Central Sector Projects Coordination Committee.