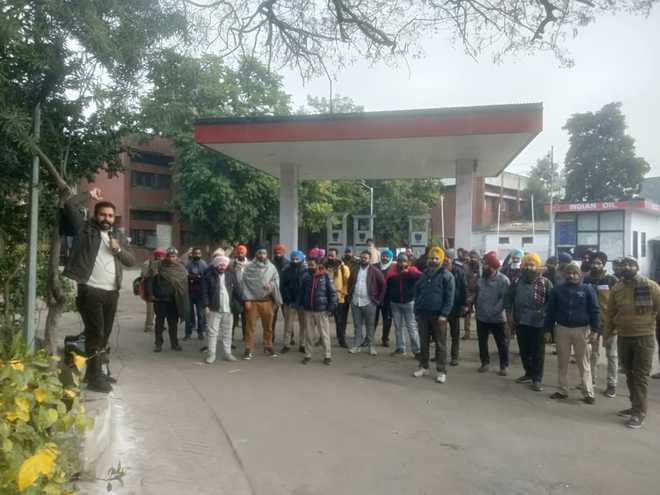 Employees of the Punjab Roadways Union at the protest. Tribune photo

The Punjab Roadways, PUNBUS Contractual Employees’ Union members marked a protest at the bus stand against the state government for ignoring their demands. Shamsher Singh, union president, said, “We have been struggling for a long time and making repeated demands for regularisation of jobs of contractual employees but to no avail. Now, the government is focusing on privatisation of government departments and it is planning to start buses under the KM scheme. We oppose the government’s plan to run new PUNBUS service buses under KM scheme as it will be a gross loss deal.”